Google Play Music for iOS has received an update, that brings some Material Design cues and a special iPad version. The general navigation concept isn’t changing, but what we do get is a “Currently Playing” screen that’s cleaner and more aired out. 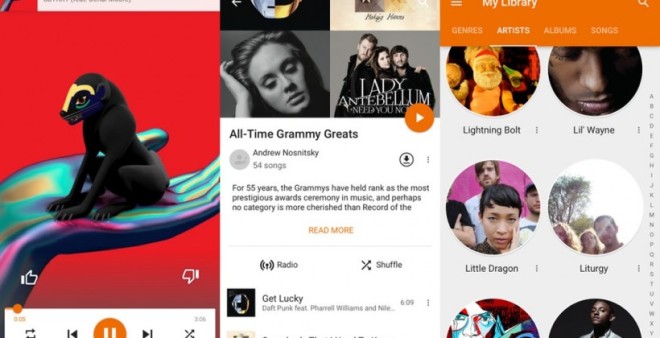 Google has also retooled the artist and album pages, that now offer a brighter interface, with buttons that float over the background, which is one of the trademark features of the Material Design. It was about time we got an iPad UI, since till now the Apple slates got a blown up iPhone version of the app. The software is available for free and requires iOS 7.0 or later.

The official changelog includes “beautiful new artist and album pages with descriptions”, an immersive Now Playing area and the usual performance fixes and such, especially related to streaming and automatic caching. You can get the app here. 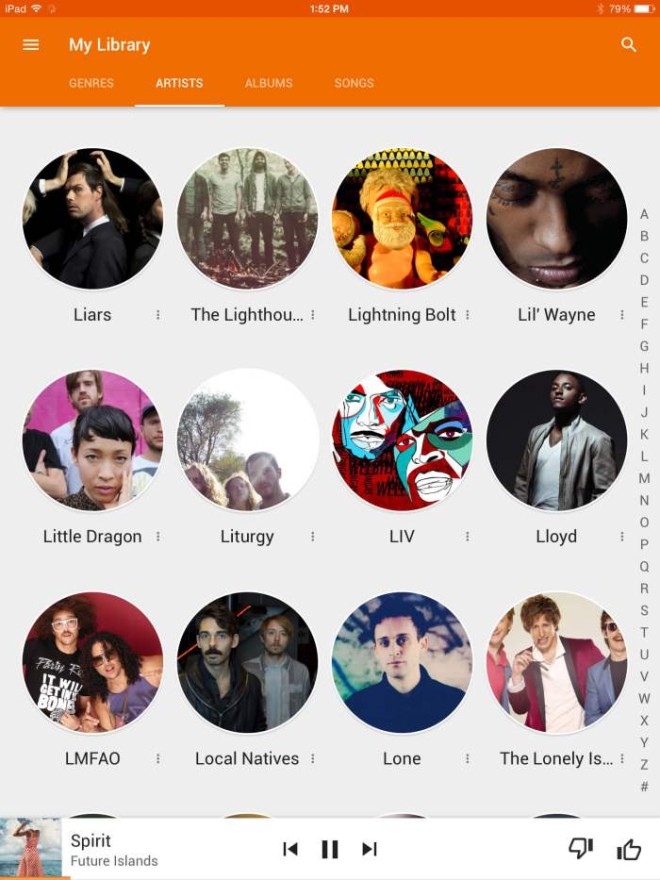 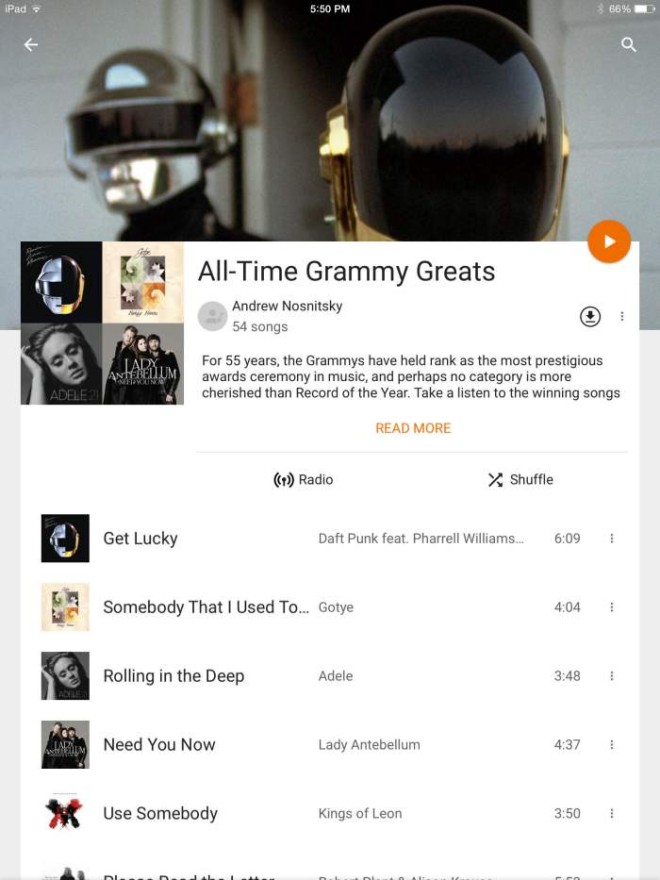 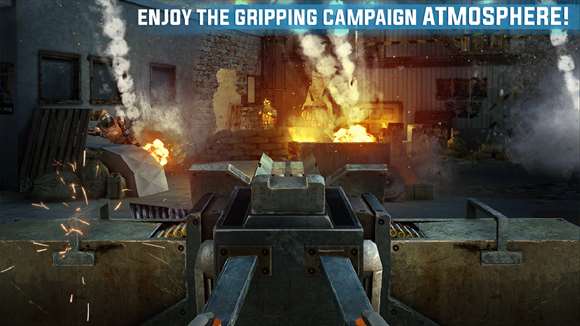