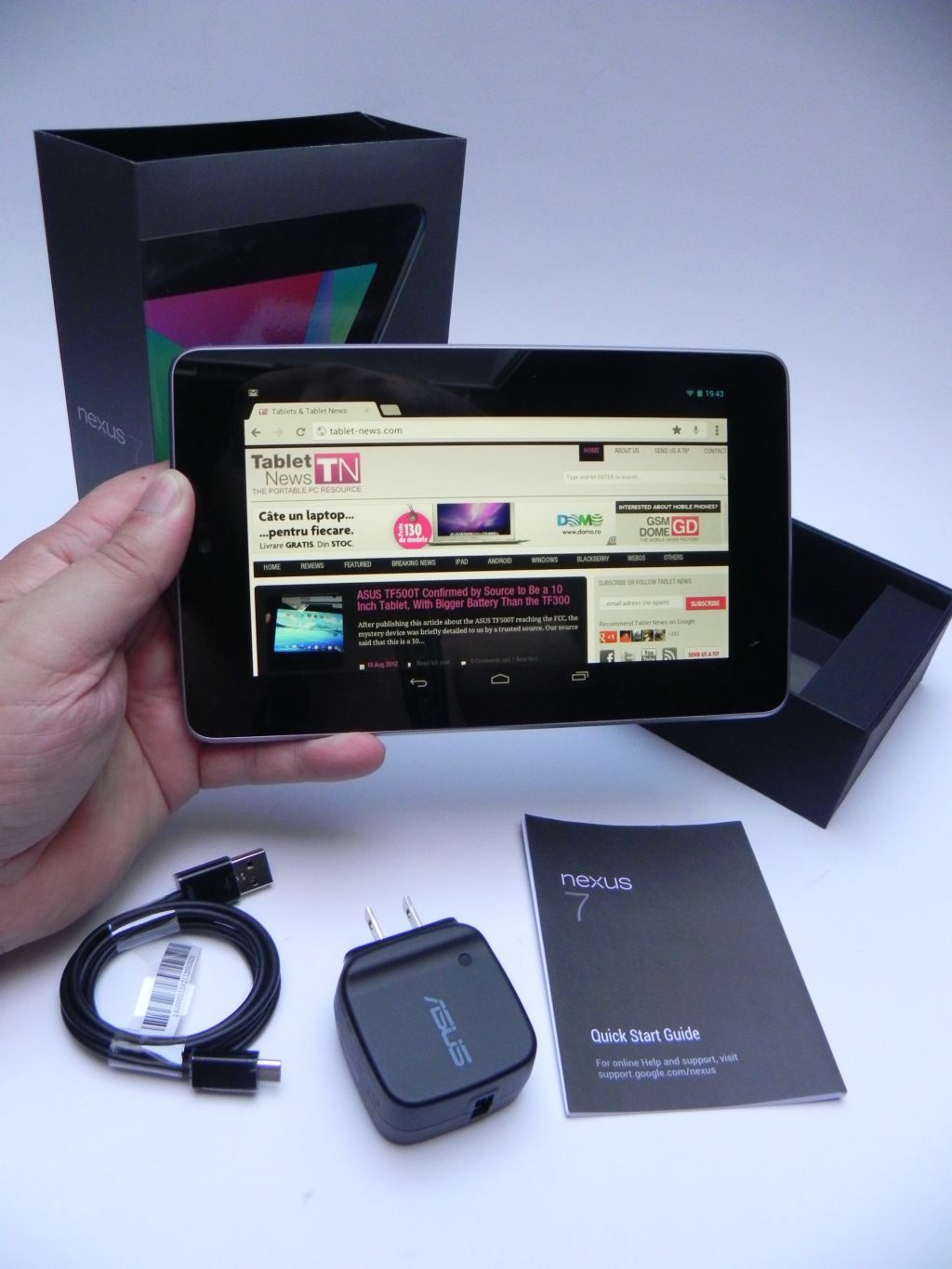 ASUS and Google dared to think outside the box and manufacture what seems to be the perfect 7 inch tablet, at least at first sight. We’ve received the tablet for testing purposes and below you can watch an unboxing of the device and our first impressions. We’re dealing here with a 7 inch slate that goes for $199 in the 8 GB version and $249 in the 16GB one. 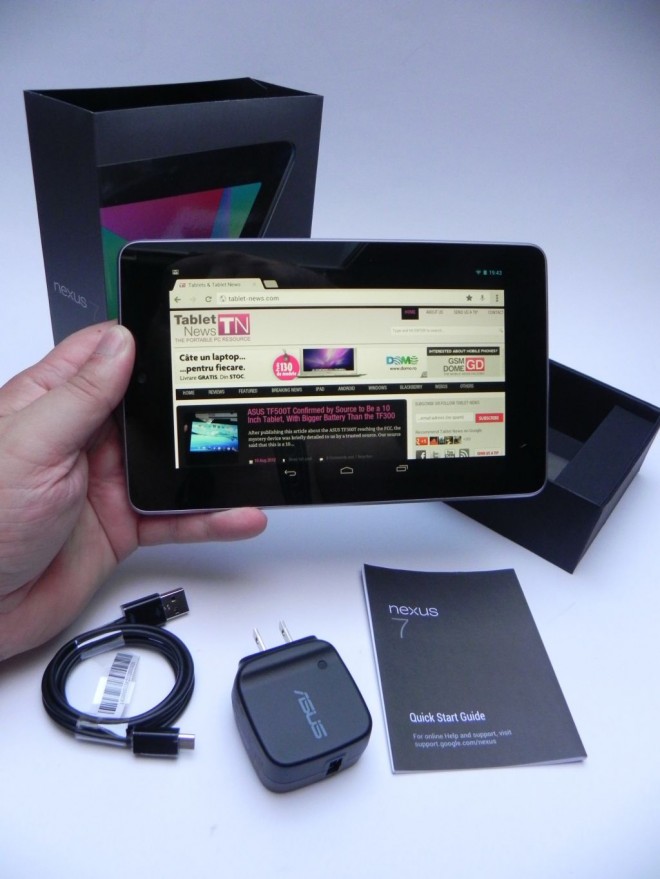 The box is minimalistic and only holds the charger, manual and USB cable, plus the device. We remind you that this tablet was unveiled back at the end of June with Android 4.1 Jelly Bean. It supports a 1280 x 800 pixel resolution and it doesn’t have a main back camera, microSD card slot or HDMI port. That probably explains the $199 price tag, that’s still very good for a quad core tablet. Nexus 7 uses an Nvidia Tegra 3 quad core 1.3 GHz CPU, plus ULP GeForce GPU and a 4325 mAh battery.

It supports NFC, has microUSB port and audio jack, both at the bottom, as well as 1 GB of RAM and WiFi, Bluetooth connectivity. The gizmo weighs 340 grams and measures 10.45 mm in thickness. Android 4.1 Jelly Bean is the OS of choice here, with the auto resizable widgets, new notification bar with extra details and the Project Butter technology for very fast and fluid interface. You get 60 FPS in the UI and triple buffering for a smoother UI. The only thing I regret is that the Home screens can’t turn to landscape, but there’s an app to fix that.

Look out for a full review of the Nexus 7 posted by us in a couple of days!