The Google Nexus 10 has been rumored to be announced at the event held in New York on the 29th of this month. The 10-inch tablet is manufactured by Samsung and will supposedly pack a powerful quad-core configuration, while offered for a very competitive price, as we’re used to with Google Nexus devices.

From what we gathered from the leaked Quick Start Guide of the Nexus 10, the device features a micro USB port, micro HDMI port, charging port, headphone jack, front- and rear-facing cameras and a notification LED. So far we haven’t had the opportunity to find out some details about the device’s configuration, such as the number of MP for the rear camera. Well, in a completely unusual manner, Google senior VP of engineering Vic Gundotra has decided to clear that particular detail.

Vic Gundotra is apparently enjoying his time on the beach with the Nexus 10 and decided to take some shots using the Nexus 10’s rear camera and post them on Google+. Gathering from the images, the rear camera of the device offers a resolution of 3.1 MP (2048×1536 pixels), though it is probable that the resolution of the images was lowered in the device’s camera settings, for testing purposes. The shots look great but given the great lighting conditions on the beach, it is no surprise. It will be interesting to see how the camera performs in more unfavorable conditions. For this we’ll have to wait for the event on the 29th, in New York, for the official unveiling. See the shots by visiting Vic Gundotra’s Google+ page. 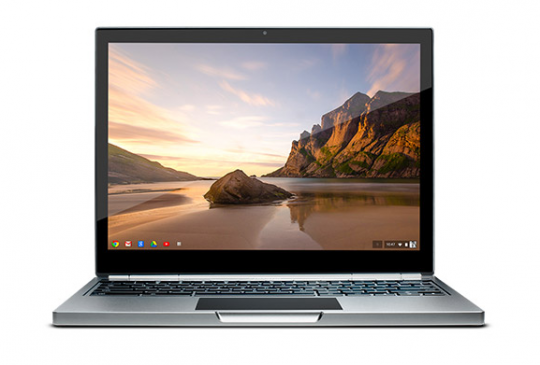 Google Chromebook Pixel Actually Gives You Double Its Money’s Worth