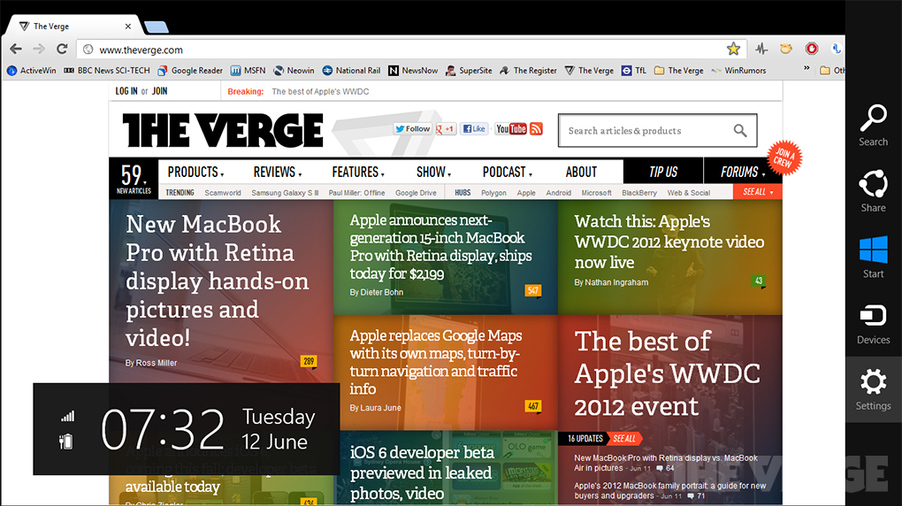 The folks of The Verge got their hands on the Google Chrome version for Windows 8, with Metro style on board and took it for a spin. This is an early version of the browser and you should know that Chrome’s Metro mode can be activated by installing the latest dev channel release from Google. 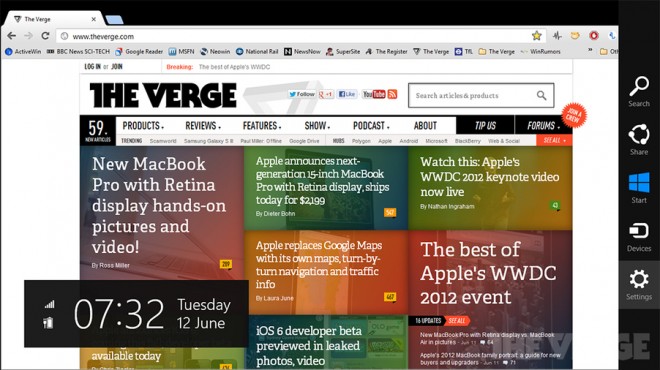 Then you need to switch it to the default browser in Windows 8 Release Preview. This will allow Chrome to run in a “Metro Container”, but not exactly in the way I would have predicted. The Verge says that results are mixed, after trying out Chrome with Metro UI on a Windows 8 tablet. For starters you should know that this browser isn’t featured in the Windows Store yet, so Microsoft’s approval team didn’t get a chance to mess with it and customize it. Chrome Metro comes with Adobe Flash support, so content loads on all websites.

Consider this app a hybrid between the desktop experience and Metro, rather than the squared out Metro UI smeared all over the good old Chrome. Classical Metro style elements like the app bar or swiping backwards and forwards are not supported in this release. Swiping up from the edge of the screen or down from the top activates a fullscreen mode for Chrome Metro. The browser also supports the 3 snap views in Windows 8 and it also supports Windows 8’s sharing contract, allowing the user to pull up the share charm and share pages freely with various applications. 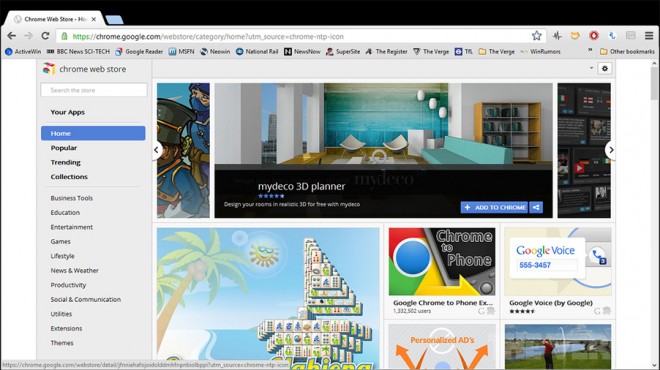