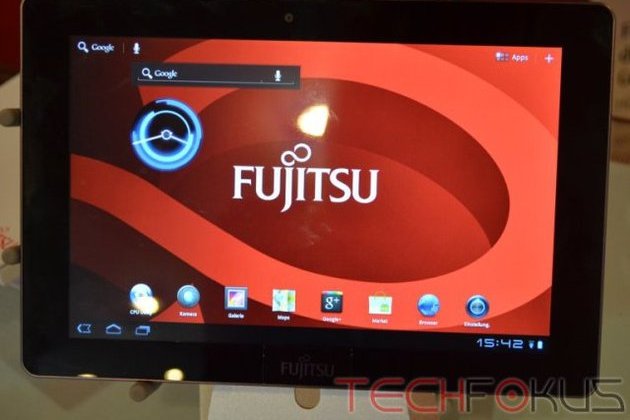 Not all upcoming quad core tablets made it to CES 2012, so here’s one that surfaced after the big event in Las Vegas: Fujitstu Stylistic M532. We’re dealing here with a quad core Nvidia Tegra 3 slate with Android 4.0 on board and a pretty reasonable 499 euro price tag. The device runs Android 3.2 in the video below, but at launch time it will be equipped with ICS.

This model is 10.1 incher with 1280 x 800 pixel resolution, 16GB of internal memory, a SIM card slot and an 8 megapixel camera. There’s also a 3 megapixel camera upfront and we’re expecting a May debut here. The guys of Techfokus, who took this gizmo for a test drive say that it’s very smooth and fluid when it comes to interaction. No idea if this model will reach the USA or not, but considering Fujitsu’s recent passion for the States, I’d say it will.

This is probably the fourth or fifth quad core tablet I’ve seen this year and not even a month has passed. This trend is really starting to catch on, if you ask me… And now let’s see HTC and Samsung unveiling quad core units!