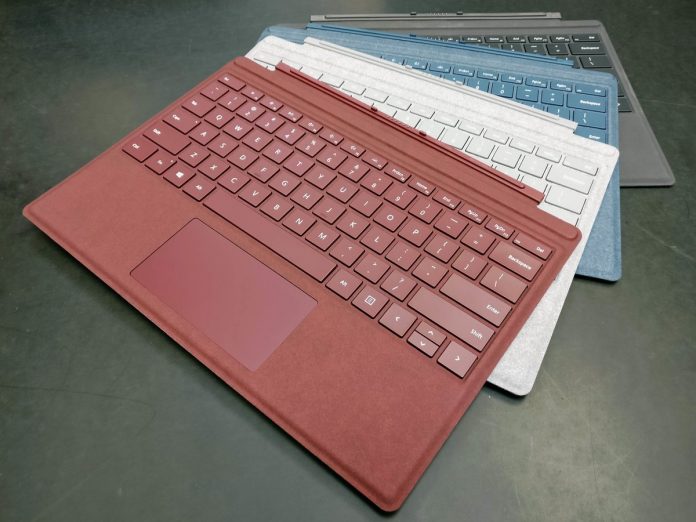 Even if Windows Phone 8.1 got killed the other day, Microsoft isn’t stopping the updates for its other better selling products. Thus the last gen Surface Pro 4 just got updated with fresh firmware, that brings official support for the latest Type Covers to it.

Surface Keyboard 1.1.504.0 update activates the feature and it’s rolling out right now officially. You can also download it from here, if you like the manual way. No trace of a Surface Pro 3 update, but in any case the new covers should work with it without a hassle. This is basically Microsoft just making sure they cover all bases, since the accessory works anyway, but latency and reliability is ensured with the firmware.

An update should come in the future to bring extra support for the new Surface Pen, with its impressive sensitivity levels. The latest Signature Type Cover comes in 3 new colors and the new Type Cover weighs 310 grams. It’s covered in alcantara and has mechanical keys with 1.3 mm travel.

Surface Pro 7 May Have a Version With ARM Processor, 4G...