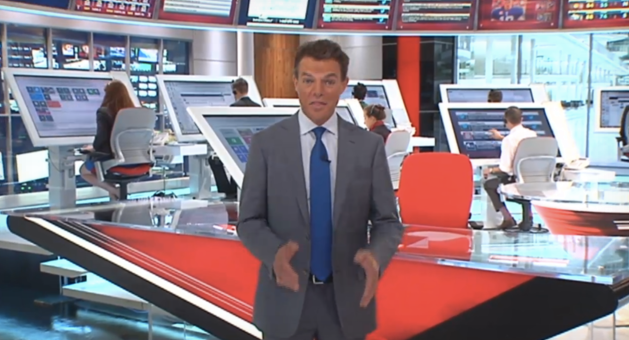 Fox News has unveiled this week a brand new newsroom, that’s filled with high end big diagonal screens, as shown below. Those screens are in fact mega tablets with touchscreens and other crazy novelty in the room includes a Twitter wall and even a Minority Report-style display.

The video below may feel like a parody of sorts, but it’s not, since those people really work in such sci fi conditions. There’s a workstation with a 55 inch touchscreen monitor, actually more of them. In the video you see journalists swiping through pages and apps and collecting information for their daily reports.

Also in the mix there’s a 38 foot long video wall, that involves a device “never been used in broadcast television before”. All of these make the guys of The Newsroom look like journalists from the 1980s. If you ask me, all those huge screens will make journalists dizzy before long and everyone will be wearing glasses. So, is this a gimmick or are those things useful?