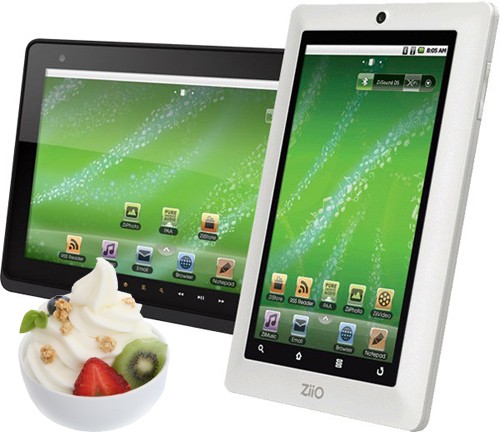 Those of you who avoided the iPad and Motorola Xoom, buying a Creative ZiiO slate instead will be happy to know that the Froyo update will be available on your devices this Friday. There’s also talk of a 10 inch ZiiO tablet coming in April and maybe we’ll get some Honeycomb action this time.

Froyo brings quite a bunch of stuff on the Creative ZiiO, like the ability to install apps on external storage or internal memory. You can also view pages in desktop and mobile mode, while security is also improved by Android 2.2, through the addition of a numeric pin or alpha-numeric password options.

Finally, there’s a text to speech feature included and we expect Xda Developers to port Honeycomb on the ZiiO 7 inch unit pretty soon.