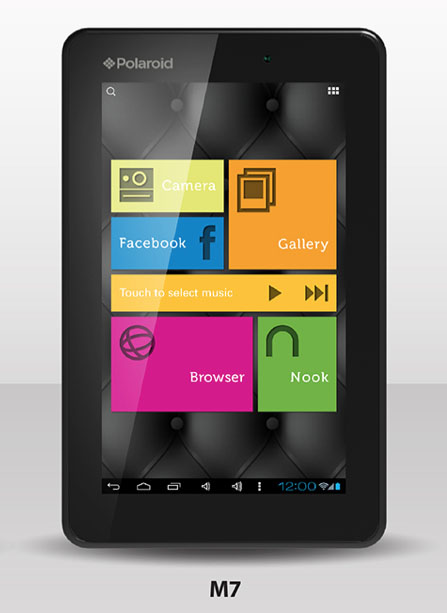 Everyone wants to put out a Nexus 7 rival and by everyone we mean tablet makers. One of them is now Polaroid, apparently, that at this year’s CES introduced both an Android-based camera and a 10 inch tablet, called the M10. Aside from those, they also had a 7 inch slate called the M7, that will hit the market this spring with a price tag of $129.

The device packs a 7 inch display with a 1280 x 800 pixel resolution, a dual core unspecified CPU model and 8 GB of storage. There’s also a microSD card slot, a 2 megapixel front camera and Android 4.1 Jelly Bean as the OS of choice. At this price range, this is a definite Nexus 7 rival and also an iPad Mini rival, as shown in the table below, that Polaroid itself provided.

The slate also offers WiFi and Bluetooth, obviously and the presence of expandable storage is a big plus compared to the iPad Mini and Nexus 7. I’d still hold off from buying the slate, till we get to see some RAM and the real maker of the CPU, just for the sake of clarity. 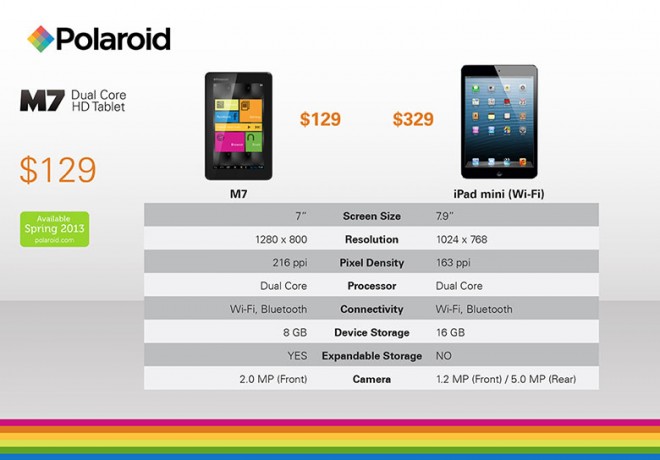 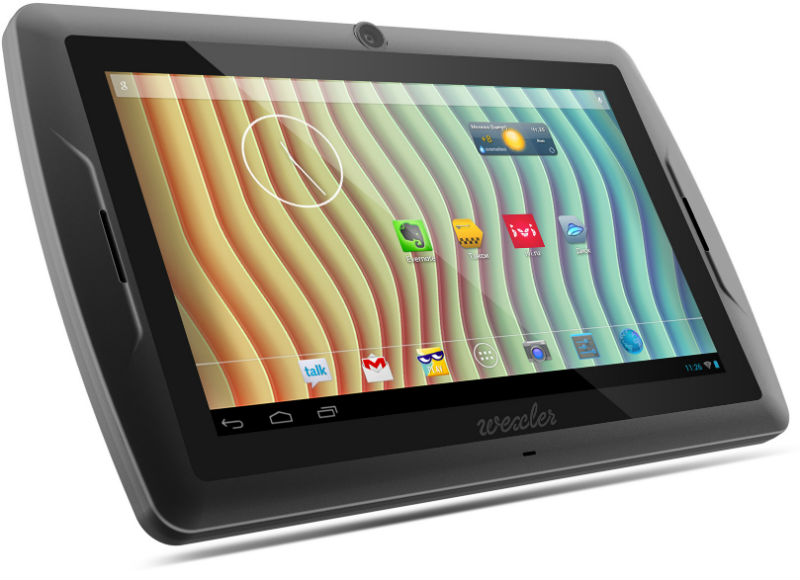 Wexler Tab 7200 is a Budget Tablet With Decent Specs, Price...