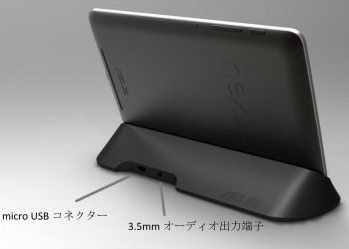 Google has begun selling the Nexus 7 in very large quantities since the Asus made product was first announced. In regards to the highly affordable priced Nexus 7 tablet, One thing the manufacturer overlooked is to provide some accessories for it, for extra protection or more comfortable use. 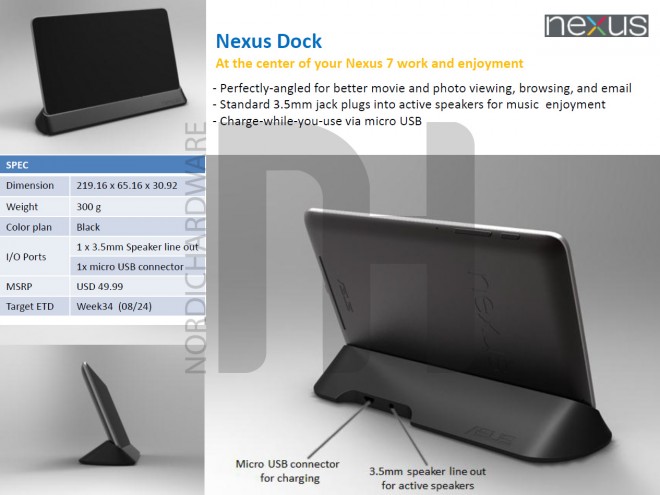 Google’s Nexus 7 was launched earlier this year and with the announcement for the new Nexus devices, including the Nexus 4 and Nexus 10, the 7-inch tablet was also revamped with new 3G variants and new prices for the 16 and 32 GB WiFi only variants.

Asus is also planing on releasing a docking station for their device made for Google. We don’t know if the accessories will be sold on the Play Store. What we do know is that it’s going to be priced at about 3,480 Yen or about $40. The dock will have a 3.5mm audio port and micro USB port on the back. According to the website, “It is necessary to connect the USB AC adapter [when using audio output] to power the docking station at all times.” The device must also be running Android 4.2 in order to be able to use it. It will be available starting very early this month.