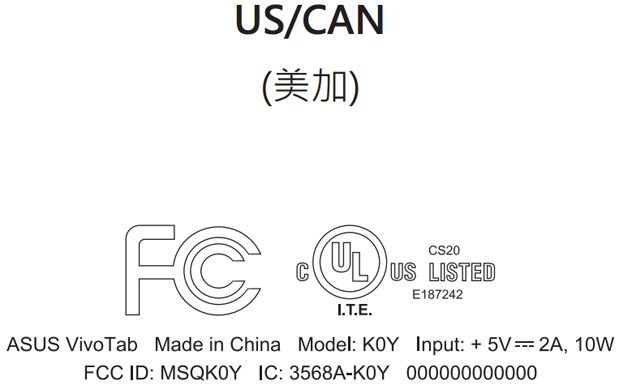 We’ve just finished reviewing the ASUS VivoTab Smart, with a video review being published on our YouTube channel over the following hours. Meanwhile, the interwebs are abuzz with some news regarding this device. It appears that the slate has actually been spotted at the FCC with AT&T-ready LTE.

This is clearly the Intel Inside mode, supposed to come to AT&T with four band LTE and all hints point to that, the major one being the absence of RT labeling on all descriptions at the FCC. The AT&T specific 700 MHz frequency and AWS band gave away the potential debut on this carrier and some Canadian operators as well. Reasons to want the tablet? Dual core Intel processing in a relatively light package (sub 600 grams), big 10 inch display with very crisp image and an awesome 8 MP camera.

There are also some interesting accessories like a Transsleeve with keyboard, plus 2 GB of RAM on board of the device. The price is also a killer, at $499 for the 64 GB version, so loads of storage for the user, plus an extra 32 GB in the cloud from ASUS.