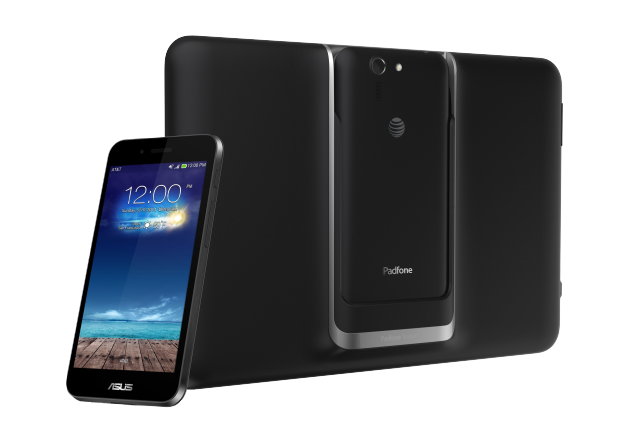 The ASUS PadFone hybrid has been hitting various European and Asian nations over the past years, but US not so much. Well, now it appears that the latest iteration, the ASUS PadFone X will be coming to the USA after all.

AT&T will be bringing the PadFone X to its portofolio, according to an official announcement of the carrier. The smartphone part of the hybrid features a 5 inch Full HD screen and other features include Android 4.4 KitKat, a Snapdragon 800 processor, but no official info has been made available at the moment.

The tablet dock for the smartphone packs a 9 inch Full HD screen, dual front facing speakers and more goodies. The device has voice over LTE available on the device, but AT&T doesn’t have the service just yet. In the meantime ASUS also released some more specs for the device, but they said they’ll offer here “the latest Qualcomm CPU”, so we may end up with Snapdragon 805. They also mention a 2300 mAh battery on the phone and a 4990 mAh battery on the tablet dock.