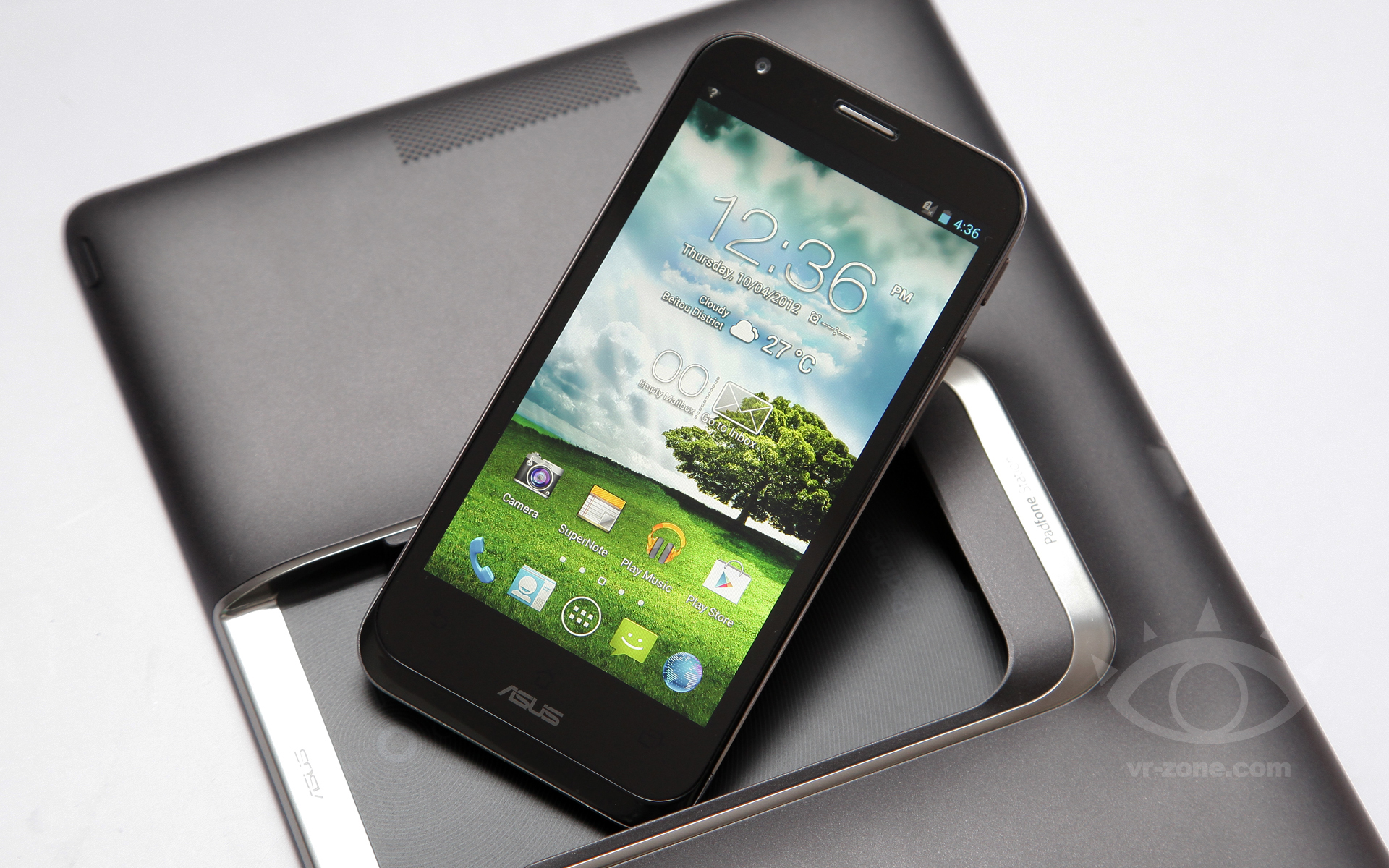 The folks of VR-Zone.com managed to preview the ASUS PadFone 2 and PadStation early, before the launch of the device goes down in Taipei and Milan. That’s happening in about an hour and we have an editor in Milan, ready to provide you with a hands on experience of the device. The preview of the hybrid reveals that we’re dealing with a device based on 2 GB of RAM and a quad core Qualcomm Snapdragon S4 Pro APQ8064 processor at 1.5 GHz. 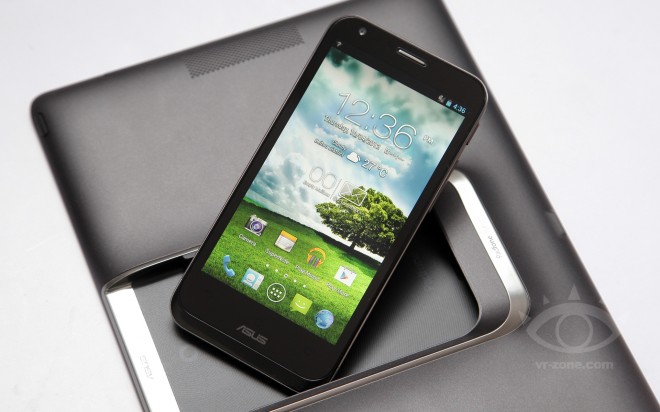 The display on the handset is a 4.7 inch Super IPS+ penal with a HD resolution and a brightness of 700 nits. ASUS is apparently saying that the first production units will come in late November and will arrive with Android 4.1 Jelly Bean. The handset part of the hybrid uses a centered 3.5 mm audio jack and a regular microSIM card slot. Overall the form factor of the device was kept and you should know that now it has a non removable battery of 2140 mAh and a rear facing camera of 13 megapixel with Sony CCD.

There’s no microSD slot on board and the measurements include a waistline of 9 mm for the device. As far as the PadFone Station is concerned, this device weighs 649 with the phone inserted and the sliding in part is handled by a sleeve mechanism and it’s very easy to perform. The slate has a 16:10 aspect ratio and a resolution of 1280 x 800 pixels, while inside there’s a 5000 mAh battery. As we said, we’ll be back with more hands on impressions from Milan, where we’re waiting for the launch. 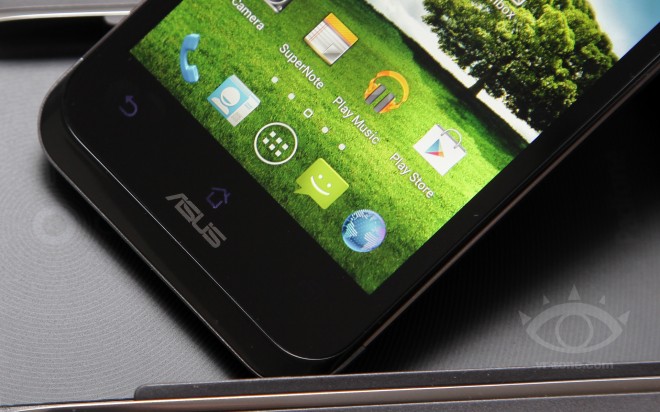 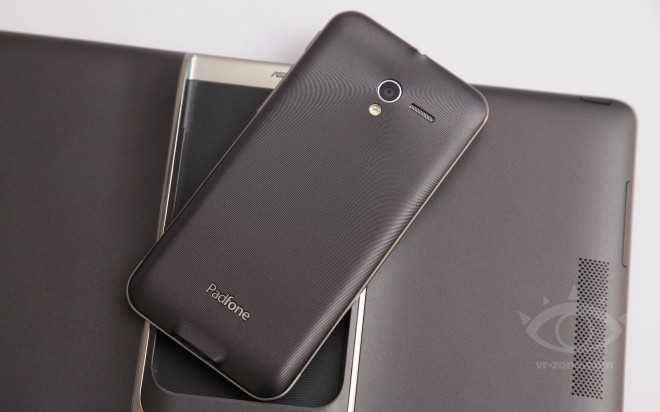 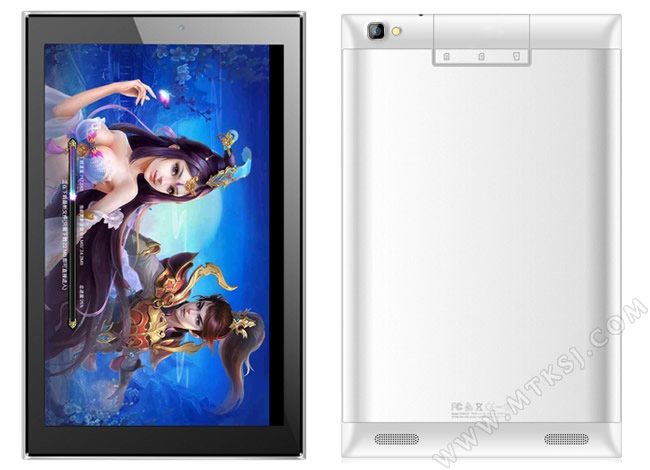