In spite of the fact the new ASUS lineup, that’s supposed to include a new FonePad and new MeMo Pad units hasn’t been announced yet, several retailers have rushed and published prices and details for products. Among them we find the ASUS FonePad HD 7, priced at 230 euros.

Previously we saw a roadmap of these products that are ready for an IFA 2013 unveiling and they include the FonePad HD 7. Some European retailers have added to their listing the ASUS ME372CG, which is exactly the new FonePad HD 7. There’s also a bunch of specs mentioned, including WiFi, a 7 inch 1280 x 800 pixel display, a Z2560 dual core Intel Atom 1.6 GHz processor, 1 GB of DDR2 RAM and 8 GB of storage.

There should also be microSD storage, WiFi, GPS, 3G, Bluetooth and Android 4.2 Jelly Bean. We’ll get a double camera setup, with a 1.2 MP front cam and a 5 megapixel back shooter. This 8 GB device price tag is actually the same with the current FonePad pricing, in the 16 GB version, but that one has a less powerful CPU. We’ll find out more at IFA! 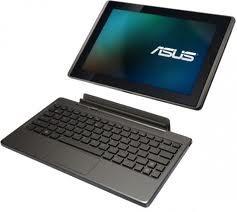