Here’s yet another Archos tablet, this time the A80S, that has just reached the FCC for testing purposes. We’re dealing here with a model that didn’t have its specs revealed, so it’s a mysterious as it gets.

All we know about it is that it comes with WiFi b/g/n support and that it might be part of the duo of units announced recently (80 G9 and 101 G9). We could be dealing with a dual core Android tablet, maybe even one with Ice Cream Sandwich, although I doubt that. Anyhow, I guess we’ll have to wait for more specs and maybe a leaked pic before judging the slate.

Worst case scenario, it’s just another Gingerbread device… best case, it’s the best tablet that Archos ever produced and that would be fine by me, to be honest. 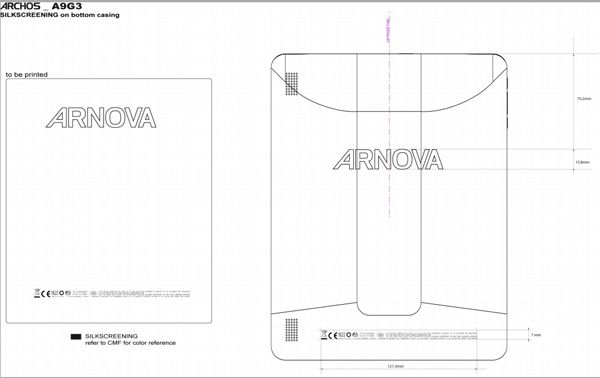 Archos Arnova A9G3 Tablet Shows Its Face at the FCC