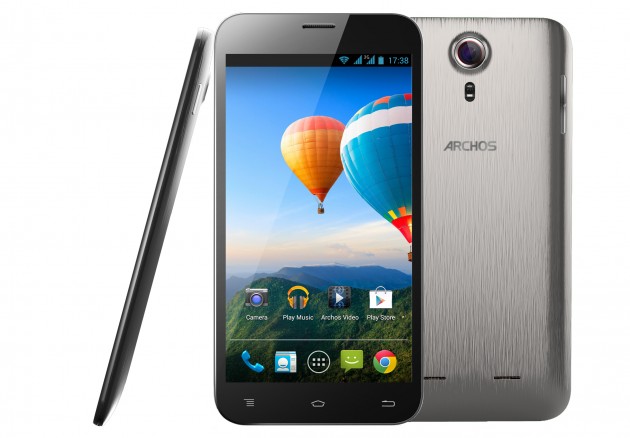 It appears that people who are not willing to spend a paycheck or so on an Xperia Z Ultra, may find the same diagonal on a much cheaper handset, the Archos 64 Xenon. This newcomer was announced recently and it’s priced at just 199 euros.

The device is pretty affordable and has decent specs for that price, including an IPS 720p display and a quad core MediaTek MT6582 processor. The CPU is clocked at 1.3 GHz and it’s an ARM Cortex A7. This phone doesn’t do 4G, so we have to settle with 21 Mbps via HSPA+, WiFi and Bluetooth 3.0. At the back we find an 8 megapixel camera, while upfront there’s a 2 MP one and inside we’ve got 4 GB of storage.

Archos 64 Xenon relies on a microSD card slot, 2800 mAh battery and dual SIM card slots. Its OS is Android 4.2 Jelly Bean and the case of the device measures 9.3 mm in thickness, which is decent for such a huge diagonal. The product weighs 232 grams and I sure hope it’ll get KitKat soon, so it can become an even more appealing offer.