Back in the day when Steve Jobs was at the helm of Apple he didn’t hesitate to express his lack of sympathy for the stylus concept. He called the whole thing dumb and didn’t see a point for it, but now it appears we’re getting closer and closer to the iPen. 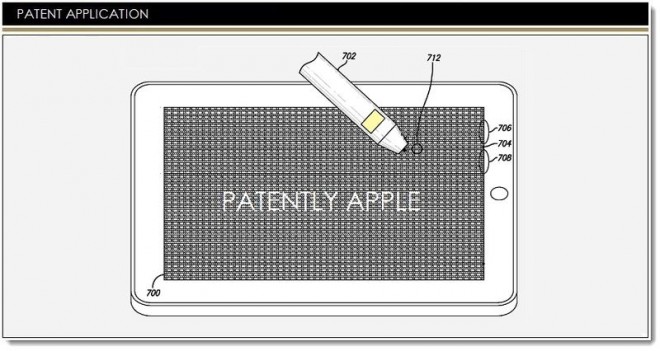 In the future lawyers or medics will be able to mark up documents on their iPads or circle worrying x ray areas for example. The US Patent and Trademark Office published this week the 27th Apple iPen related patent, that’s basically a smart pen shown interacting with iDevices. The Apple invention is related to touch sensitive devices that can also accept input from a stylus or iPen.

The trademark Apple technology will allow for improved stylus sensing and improved sensitivity to this type of input, stylus position and data encoded within the stylus stimulus, in the presence of noise. Apple mentions that a stylus signal detected by a touch node of the touch sensitive device can have a noise estimate, that will be generated by measuring signals from one or more electrodes.

Said electrodes are integrated within the touch sensor panel.

iOS 5.1 Jailbroken on iPad 2 Thanks to Hacker I0n1c