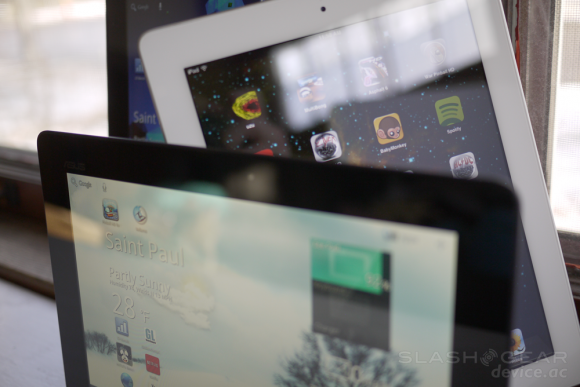 With the recent news of Samsung announcing the $399 Nexus 10 tablet, Apple may feel it has a much stronger rival now, one that can’t even be tackled with patent lawsuits. Then there are the statistics, saying that the iPad lost 15% in tablet market share in Q3 2012, according to a new research. It also says that Samsung and Amazon are the big winners of the past quarter…

The iPad still rules the tablet market overall with a 50.4% share in Q3, according to IDC, but Samsung had a huge growth of 325% compared to last year. Researchers are also saying that Samsung jumped from 6.5% of the market share in Q3 2011 to no less than 18.4% in Q3 this year. There was also a big quarterly increase, with a jump of 115% compared to Q2 2012. As shown in the table below, Samsung is now taking second place in the list of tablet vendors with most market share and shipped units.

Amazon also ate from Apple’s pie with the Kindle Fire HD pushing the company to third place, right under Samsung with a tenth of the market in its grasp. ASUS took fourth place, most likely due to the Nexus 7, but I guess that the Transformer Pads also helped, while Lenovo is fifth. Notice how close ASUS is to Amazon and if the Nexus 7 continues to sell well, the two may switch positions, although the Kindle Fire HD has yet to take over the world and it will probably get more sales.

I have to say that Samsung’s Galaxy Tab 2 7.0 must be selling like hot cakes, especially since it comes with 3G and was offered for free by many carriers, or with very affordable price tags. Also the Galaxy Tabs have gone down in price a lot and then there’s the Galaxy Note 10.1 and many other options… while the iPad only gives you few last gen options. The iPad Mini may turn the game around for a bit. 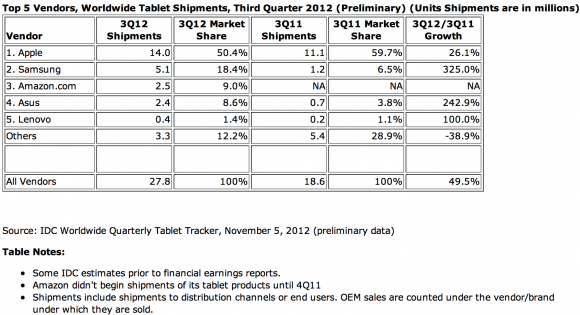