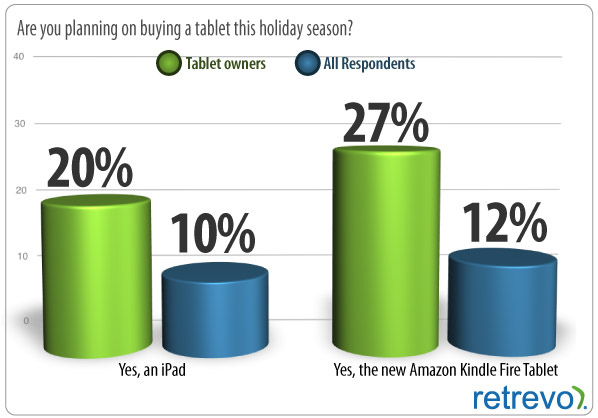 Amazon’s Kindle Fire has been talked about a lot, ever since its announcement. We are dealing with a $200 Android tablet after all… Now, a recent study from electronics shopping guide Retrevo.com has found that more and more consumers are interested in buying Amazon’s first tablet.

Apparently, the purchase interest is higher for the Amazon slate than the iPad, believe it or not. Of the 1,000 consumers polled by Retrevo last month 12% claimed that they’d like to purchase a Amazon Kindle Fire tablet during the holiday season. 10% of them mentioned that they’d like to buy an iPad around Xmas time, while those asked if they intend to upgrade their current tablet to a new model seemed to favour the Kindle Fire, followed by the iPad.

For comparison sake, I have to mention that the Kindle Fire goes for $199, while the iPad 2 starts at $499. When asked if they would choose the Kindle tablet over the iPad, 44% of the respondents said yes, while only 12% said no, but 44% of them were also undecided, as they didn’t have enough info about the Kindle Fire. The problem here is the presumed lack of apps and “operating system confusion” on the slate that’s launching next week. The iPad 2 may be hot, but it’s aging, so in the end Amazon might win the duel. 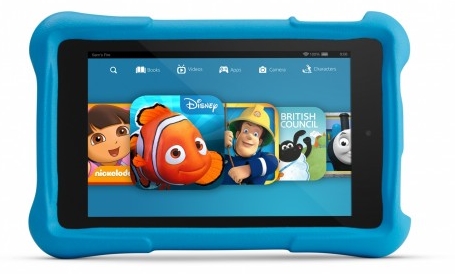