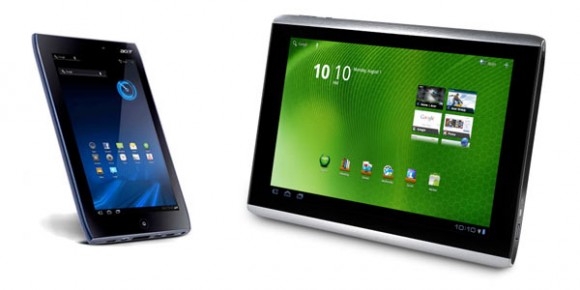 I can’t say I’m particularly sorry that Acer decided not to update its Iconia Tabs to Jelly Bean, since most of their recent slates with Android were failures. I’m saying that after my colleague tested them and found the A510 model to be particularly troublesome, annoying even. Now Acer comes out and says that the Iconia Tab A100, A200 and A500 won’t get Android 4.1  updates.

Of course, the ROM community may provide alternatives, as usual and release Jelly Bean in some form or another on these tablets. Meanwhile, know that Acer recently rolled out Android 4.1 Jelly Bean as an update for the Iconia Tab A700 and announced that the A210 and A510 will also get the same treatment. A UK spokesperson claims that the A100, A200 and A500 will get stuck at Android 4.0 ICS. Also, the 3G versions A101, A201 and A501 won’t get Jelly Bean.

Jelly Bean ports and ROMs based on that OS have been in the making since July, so I’m sure you can work something out, if you actually bought one of those Acer tablets. The A500 is already getting ports and if you’re an owner feel free to share impressions about that… The XDA Developers link you need is right here.