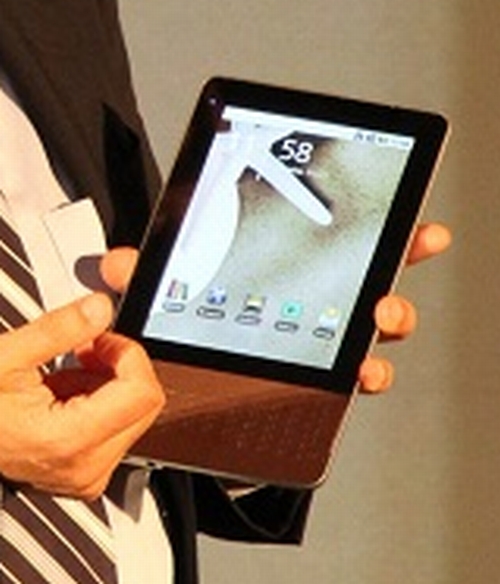 In case you’re wondering what the deal with this blown up and cropped photo is, this is the image of a 7 inch Android tablet developed by Acer. The device was caught on camera in the hands of Giangranco Lanci, Acer’s CEO.

What’s really interesting about this product is that it pairs the 7 inch touchscreen display, with a physical QWERTY keyboard at the bottom. Acer announced that the device will be launched in Q4 2010 and it’ll come with 3G connectivity. 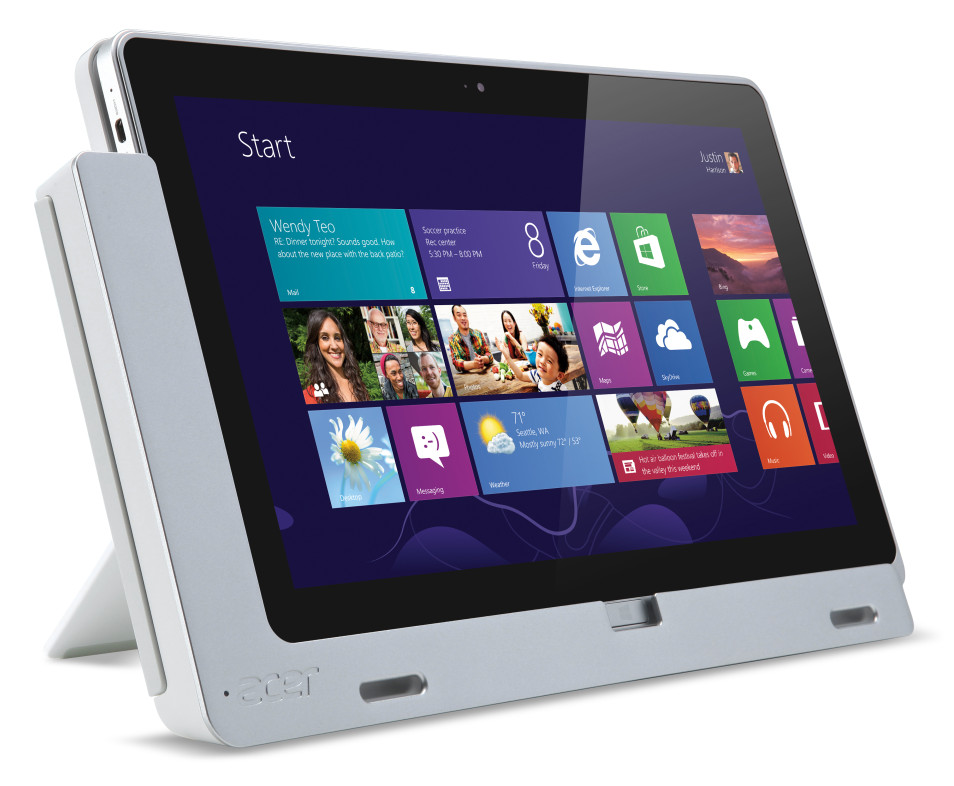