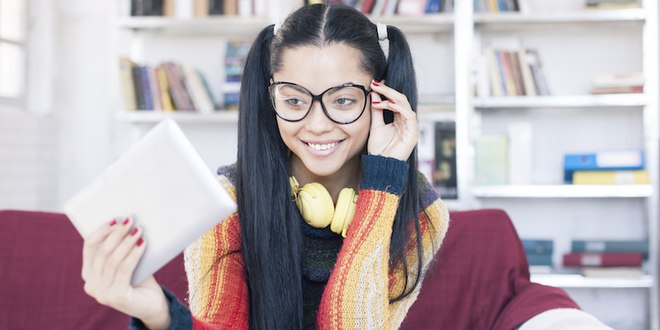 An alarming study popped up on the web today, showing that more and more kids are using tablets on a daily basis. Turns out that 75% of the kids between ages 8 and 11 use a tablet regularly, according to a recent study. It refers to American kids, by the way.

YouGov Omnibus is the one doing the research into the younger generation, which is dubbed Gen Z right now. Most Americans between the age of 8 to 17 use a tablet regularly in a proportion of 65%. It’s very worrying and bizarre that the percentage grows for smaller individuals. Regular usage declines in older children, as the 15 to 17 year olds only use tablets in a 52% proportion. 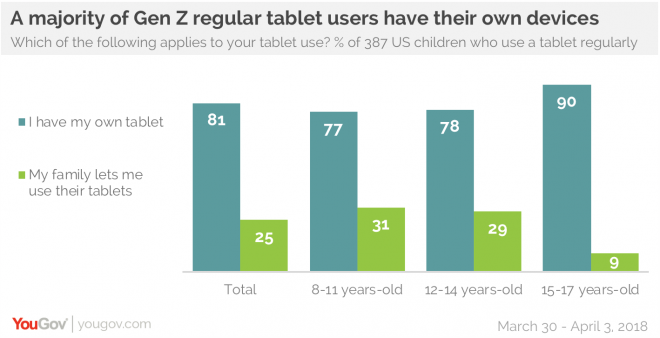 Of course they may as well be using the smartphone more often. Among the Gen Z representatives who use a tablet on a regular basis, there’s a pretty high personal ownership. 8 in 10 of the regular users (81%) claim that they have their own tablets, with personal ownership highest among 15 to 17 year olds, at 90%. A quarter of the frequent tablet users (25% int he generation say that they don’t own the slate, but have access via siblings or parents. 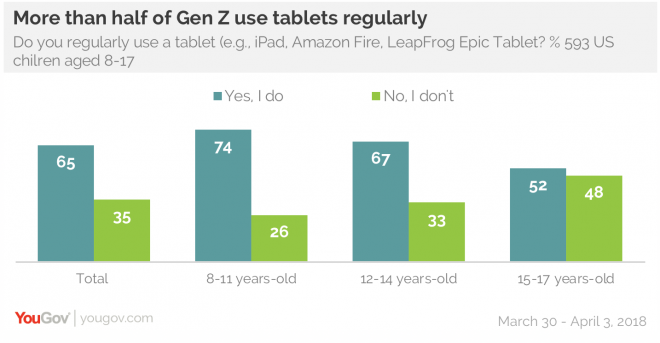 In case you’re wondering what they actually do on tablets, it’s games 77% of the times, videos in a 74% proportion and music goes to 56%. Other data shows that 47% of the children prefer to read a physical book versus 21% who prefer to read on a tablet. 27% of them like reading books for real and on tablets equally. I should probably remind everyone that most doctors if not all recommend limiting tablet exposure time for the little ones, in order not to impair their development…

However, I don’t see that happening anytime soon, as often times parents use the tablet as means of babysitting the little ones. 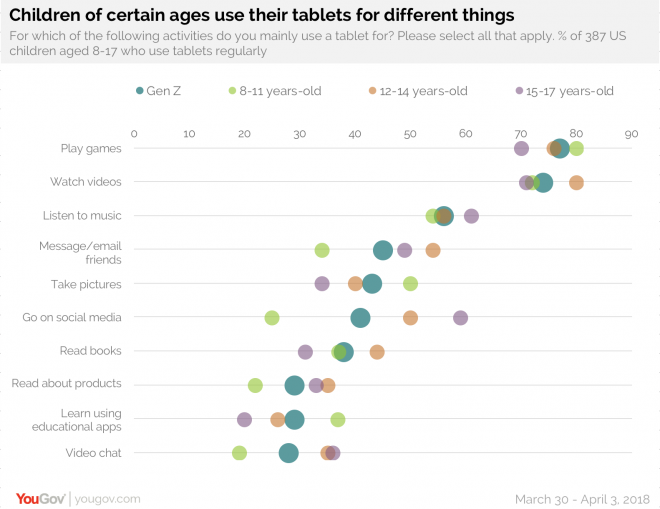 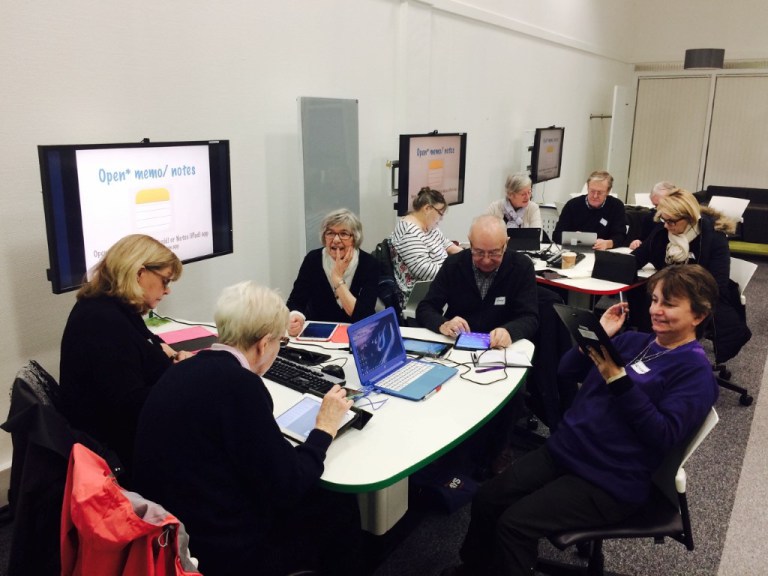