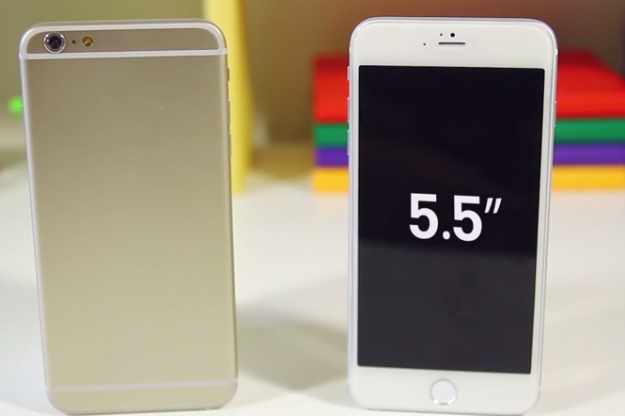 There’s a lot of iPhone 6 dummy units being thrown around these days and some of them reach publications. Usually it’s the 4.7 inch model that’s floating around, but this time we get a comparison between the 5.5 inch iPhone 6 phablet and the Galaxy Note 3.

There’s also a comparison with the LG G3, in the same video. The device actually looks huge, even compared to the pretty big LG G3. The phablet is pretty hard to hold in your hand and it’s much bigger than the iPhone 5 and 5s. The Apple handset seems to be a bit longer than the Galaxy Note 3 and also much thinner, which is a big compliment. It’s also slightly thinner than the LG G3, but that’s not very noticeable.

The guy in the video below claims that he feels the need for a stylus to properly navigate in the device’s interface, so it’s THAT big. The dummy unit has the same design lines as the 4.7 inch iPhone 6, with rounded corners and edges, new design volume buttons and a power button moved to the right side above the SIM tray. There’s also a new camera flash at the back, compared to the iPhone 5s.