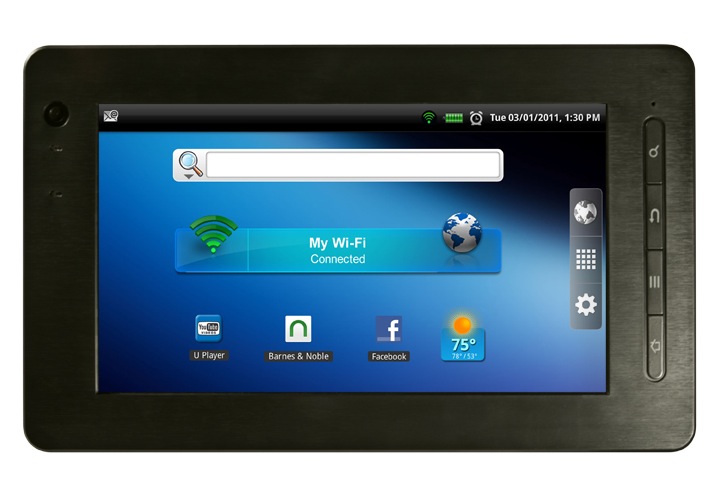 If you’re not ready for Honeycomb yet, than the perfect solution would be buying an Android slate with top notch specs, but a more dated version of the OS. For example, you could have a look at Pandigital’s trio of sub $190 tablets: Planet, Nova and Star.

These are 7 inch models, with ARM Cortex A9 processors and rear cameras. The Star model also comes with a front cam, so there’s hope for video calling here, while other feats include HDMI output and the Barnes & Noble app on board. As far as the OS options go, Pandigital Planet and Star receive Froyo, while Gingerbread finds its way on the Nova. Sadly, there’s no trace of Android Market here, but at least you have the GetJar store, plus the U-Player YouTube viewer.

WiFi-only as far as connectivity is concerned, so no 3G for such a low price. Memory is a mere 2GB on the Planet and Star, while on the Nova it’s double that amount. HDMI output is done with a separate cable, specialized for this feature. And now the pricing: $189 for the Planet, the same price for the Nova and finally the Star will come later on in August for $159.

Expect a flagship Pandigital tablet in September, maybe with Honeycomb.