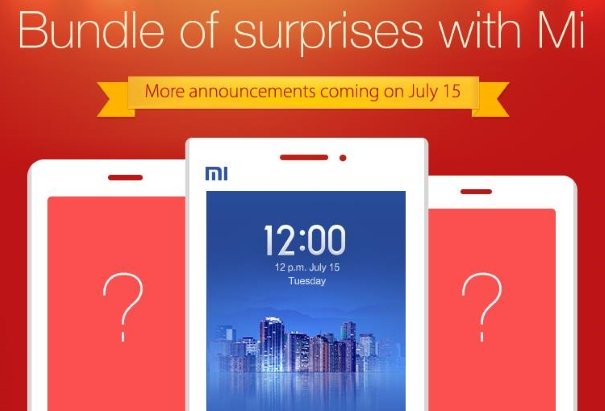 If you live in India and you want a solid Xiaomi device, know that two such models are coming your way next week. Xiaomi just teased the Redmi 1S and Redmi Note for launch in this country on July 15th.

That’s the same date when the Xiaomi Mi3 debuts in India, so it will be a big launch. The teaser above was posted on the official Xiaomi Facebook page, so it’s as official as it gets. The phones in the image look a lot like the Redmi/Redmi 1S and the Redmi Note, that’s why we drew the conclusion they were going to come to India soon. There will be a special event in New Delhi to mark this debut and Xiaomi cofounder, Bin Lin as well as Global VP Hugo Barra will be there.

Xiaomi Mi 3 will be priced at 14.999 INR in India, while the other two models don’t have a pricing just yet. Xiaomi Redmi Note is a 5.5 inch phablet with an IPS LCD display that supports a 1280 x 720 pixel resolution. This model comes with 8 GB of storage, 1 or 2 GB of RAM, depending on the version and a 13 megapixel camera with LED flash. It has an octa core MediaTek CPU and a 5 MP front camera.  The Redmi 1S is a 4.7 inch smartphone, also with very solid specs.