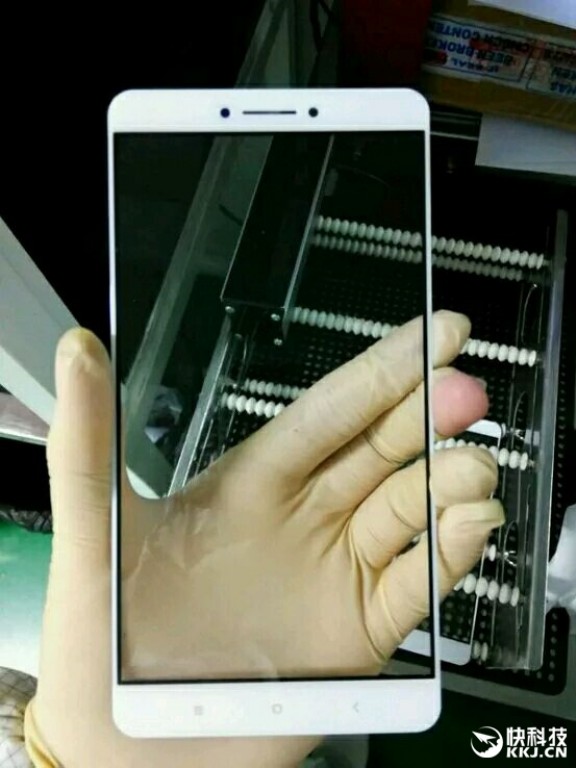 We reported recently that Xiaomi was preparing a big phablet, going by the name of Xiaomi Max, according to a poll posted by the company. Today we’re back with extra info, or better said a new leak, as the 6.4 inch front panel of the device has hit the web.

This is indeed a massive phone, with narrow bezels and room for capacitive buttons at the bottom. If you judge the size of the panel comparing it to the fingers that hold it, you’ll see it’s huge indeed. It also has a pretty big earpiece and interestingly, unlike the Xiaomi Mi 5, this model has no hardware Home button with fingerprint scanner included. 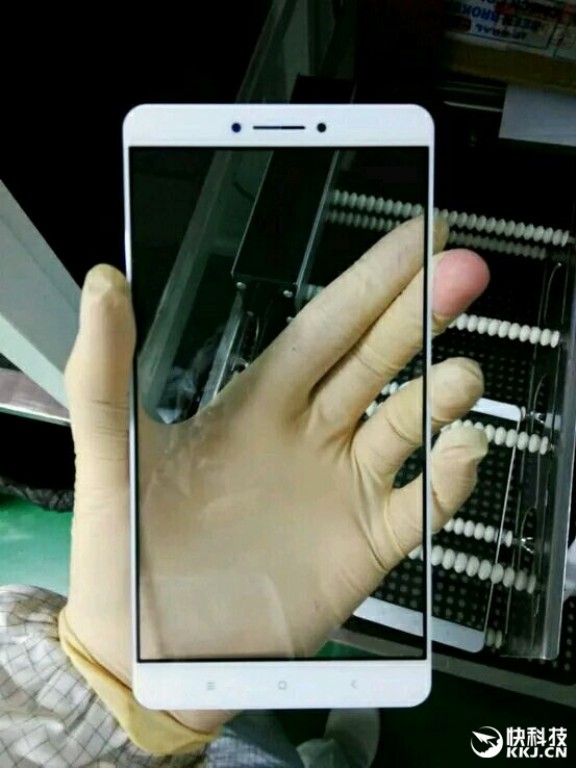 Sources mention that the scanner will be placed at the back, an approach we’ve see on the Redmi Note 3 and the Xiaomi Mi 4s. Specs-wise, we’ll be getting a Snapdragon 820, while the resolution hasn’t been revealed yet. We also don’t have a clear announcement time frame, but the sources talked about the month of May.