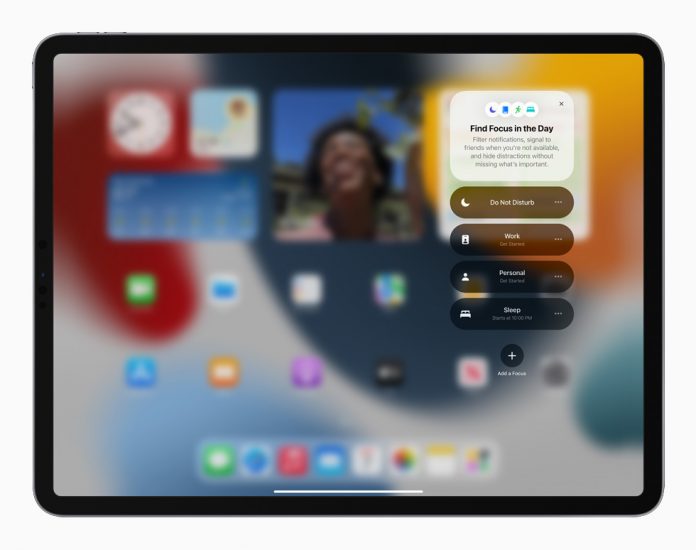 Apple unveiled this week during WWDC 2021 a new version of iPadOS and in some ways it’s a bigger update than iOS 15 even. iPadOS 15 bets on larger and more movable widgets, superior multitasking and an evolved Facetime. There are also new ways to take notes quicker with the Apple Pencil and so much more.

Apple brought widgets to the homescreen this time, ones that are larger and more versatile, also resizable. The new widgets include Find My, Contacts, Parcels and Game Center, to name a few. You can move them wherever and also place them next to homescreen icons, with no problem. There are also full screen widgets and a Files widget which gives you easier access to the folders and files.

Believe it or not, the iPadOS didn’t have an “app drawer” like iOS 14 does. Now the App Library has arrived on the tablet OS and it’s organized using folders and sorting apps automatically. App Library also has Dock integration, so it’s handy. 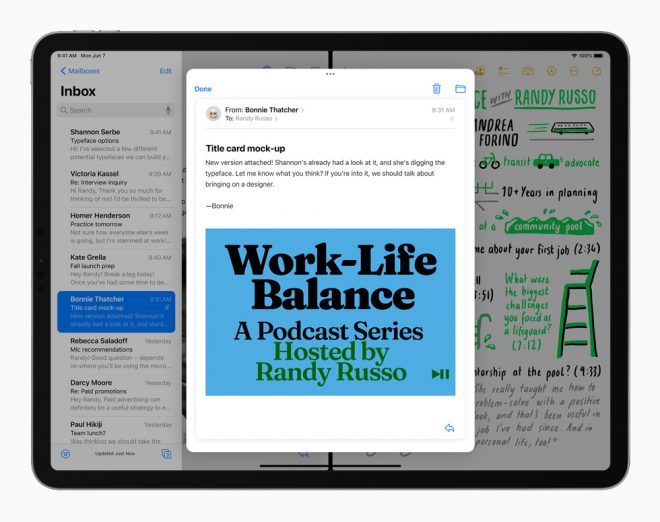 For multitasking we have a new interface, which lets you turn apps into full screen versions of their regular selves. You can show them in Split view or Slide Over. Split View lets you swipe down to replace an app with a new one on each side of the screen. The same can be done with apps for multiple windows. Aside from Split View and Slide Over there’s also an extra temporary window which can be opened above them. Apple showed an example during the WWDC event, showing a link from the Mail app can be opened in a new window above two Split View windows already active.

The new Shelf lets you access all open windows or better said tabs within an app. Browser tabs are included, plus windows related to other apps in Split View. All multitasking features from the iPad receive their own shortcuts. You can switch between them with ease, sort of like an Alt-Tab in Windows. 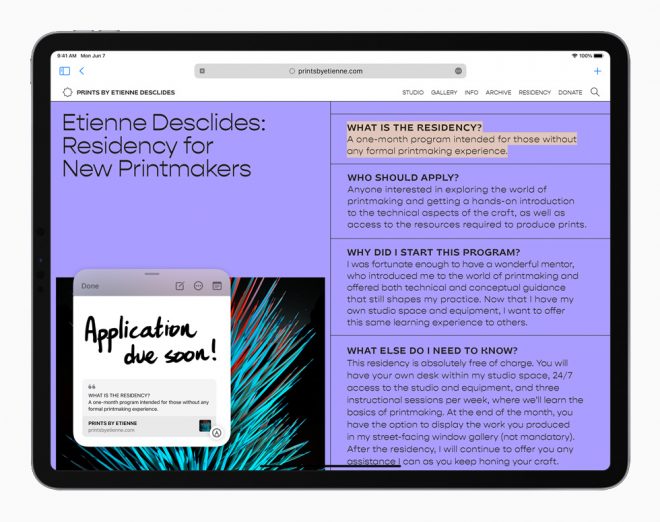 The Notes app from the iPad gets an upgrade, with support for Mentions, meaning you can tag contacts and work with them collaborratively. There’s also a Quick Notes feature, which lets you take quite notes on an iPad, Mac or iPhone, capture content from other apps or websites. On the iPad, Quick Note is activated with a drag of the Apple Pencul from the bottom right corner of the iPad’s screen.

The Translate app also arrives on the iPads, for the first time. It has Auto Language Translate and it can detect your language automatically. It can translate text straight from the pics on iPad. 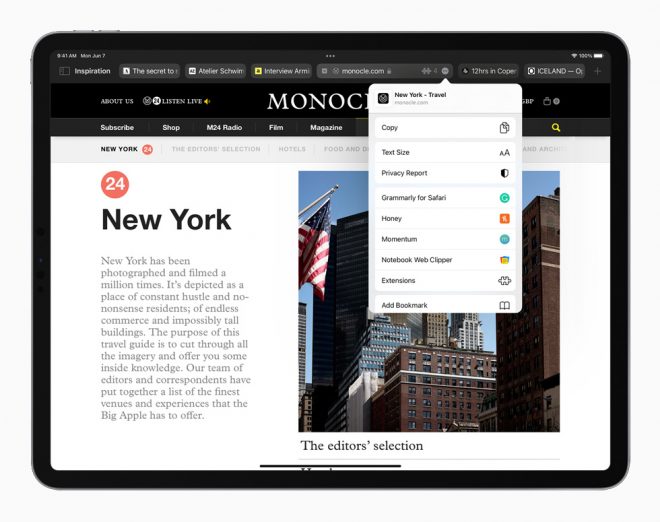 Swift Playgrounds lets you program on iPad, do autocomplete coding and there are also new tutorials and libraries which help you, plus it lets you register your app in the App Store.

Safari also got updated with web extensions and tab groups. 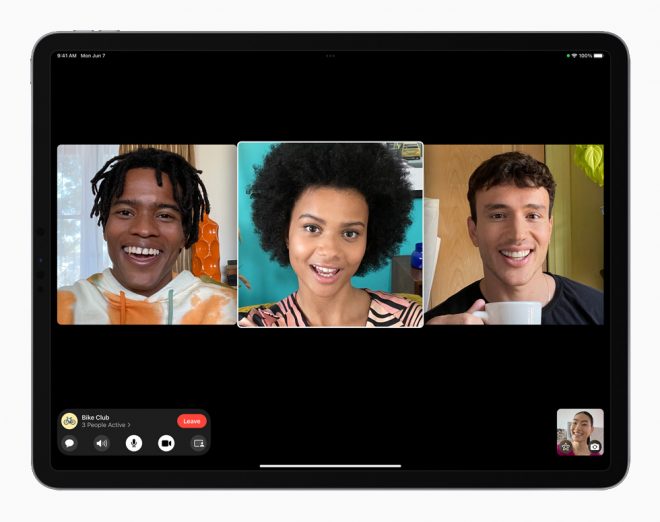 Facetime gets Spatial Audio, which offers a sort of surround for voices of the people you chat with and a more realistic way of chatting. There’s also improved noise isolation, grid view and even a Portrait Mode, which blurs everything behind you. There’s also Facetime Links, a collaborative feature, adding calendars of those invited to the call. SharePlay lets people in a FaceTime call listen to music together and also watch movies together. They can also share their screen.

You can split mouse, trackpad and keyboard control between the MacBook and iPad. The cursors can be moved between two devices at the same time and there’s also drag and drop between these devices, only for macOS Monterey.

iPadOS 15 is already available in a Developer Beta preview and the public beta comes in July. The final version drops this Fall:

Here are all the compatible iPads: