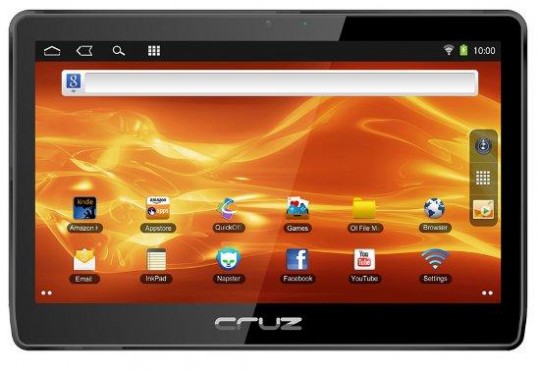 Velocity Micro just announced a bunch of new tablets, the Cruz T408 and T410 models. These are budget tablets with Android 2.3 Gingerbread on board, so they’re a pretty good deal at the end of the day.

The T408 comes with an 8 inch display, while the T410 relies on a 10 inch screen, both of them granting the user access to the Amazon App Store and both supporting WiFi. Their prices start at $239 and you must know that both models have identical specs: 1GHz Cortex processor, 512MB of RAM, a front camera and capacitive touchscreen.

Strangely enough, the T408’s 8 inch display is a 4:3 one, while the T410 is a full widescreen unit at 16:9. The resolutions were nowhere to be found, but 800 x 600 is a pretty good guess, as well as 1280 x 720 for the bigger diagonal slate. The bundled apps are quite a bunch: Angry Birds, Adobe Flash, QuickOffice and much more. Sadly, there’s no access to Android Market or Google apps, but that’s the sacrifice you make for a lower price. At least the Amazon Store is here…