A recent study performed by Forrester Research shows that tablets are truly the future of the computing world, as they’re predicted to overtake netbooks sales by 2012 and desktop sales by 2015. Forrester analyst Sarah Rotman Epps mentioned that she expects 3.5 million tablets to be sold in 2010 alone, with the total number reaching 20.4 million in 2015. 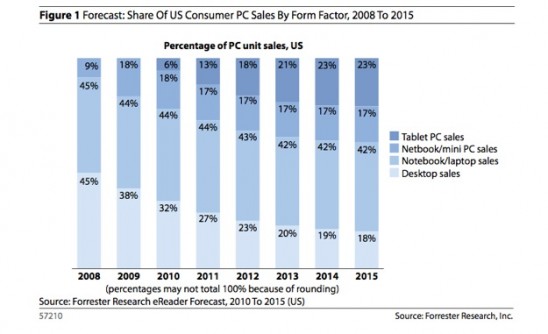 It’ll be interesting to see how much market share Apple will capture, considering it has already sold 2 million iPads and it could go past Forrester’s 3.5 million estimate this year.

Allwinner-Powered Tablets And Smartphones Will Get Android 5.0 Lollipop Soon