You know a product is ready to hit the shops when it gets its first promotional clips detailing its features. The Sony Xperia Tablet Z, that was unveiled at CES 2013 just got its clips, that are shown below. This tablet finally strays from the folded magazine format that Sony wanted to make big at some point. 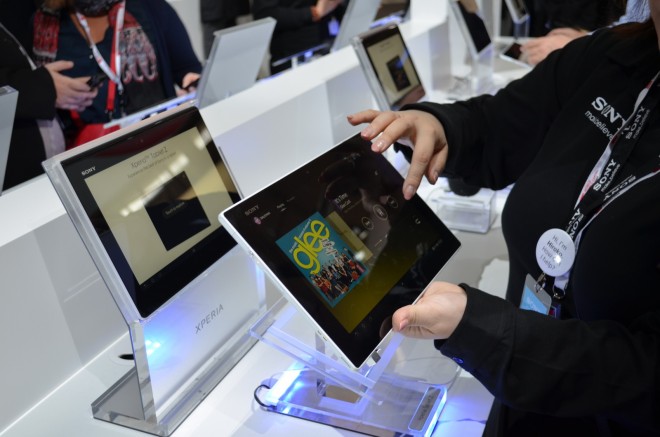 The LTE version comes with a micro SIM card slot and the product is expected to hit the stores in Q1 2013. We’re dealing with an extremely thin device, at 6.9 mm, even thinner than most smartphones on the market nowadays. It’s also IP57 certified, meaning you can drop water on it and leave it in dusty areas with no problems. The display here is top notch, an LED backlit LED with a 1200 x 1920 pixel resolution , 10 inches in diagonal and up to 10 fingers multitouch.

It supports Sony Mobile Bravia Engine 2 technology and uses shatter proof and scratch resistant glass. The Xperia Tablet S may have had some flaws, but it had killer speakers and this is what we expect from this model as well. It comes with stereo speakers and 3D surround sound and also the promo videos highlight its ability to do HDR video capture just like the Xperia Z phone, courtesy of the 8.1 megapixel camera with Exmor R sensor.