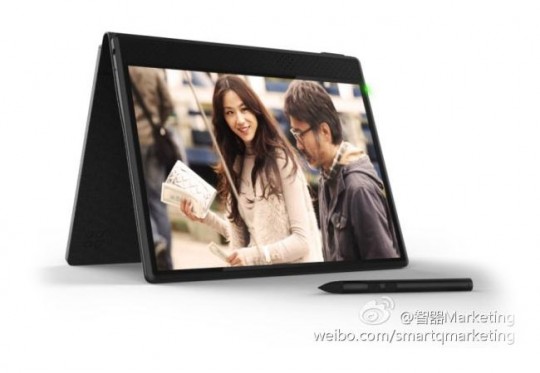 There’s a new tablet out there, coming from China as 90% of the slates we write about do. The maker of the device is the company Smart Devices and the product is called SmartQ N10. The product can be checked out below and it’s detailed after the break.

We’re dealing with an 8 inch tablet that ships with a very interesting case. That case flips open and props up the tablet, allowing the user to watch media at a more comfy angle. The device is powered by a 1 GHz TI OMAP 4430 dual core CPU and the tablet also comes with 1 GB of RAM and 8 GB of storage.

The bundled case is designed to protect the tablet during travel and its maker guarantees it to last for up to 100,000 openings. This cases adds only 4.4 mm of bulk to the device, so it’s sleek. By the way, the SmartQ N10 supports a resolution of 1024 x 768 pixels and other specs include a 5 megapixel camera at the back, a front 2 megapixel shooter, WiFi, Bluetooth and a 7000 mAh battery. Pricing is a mystery for now.