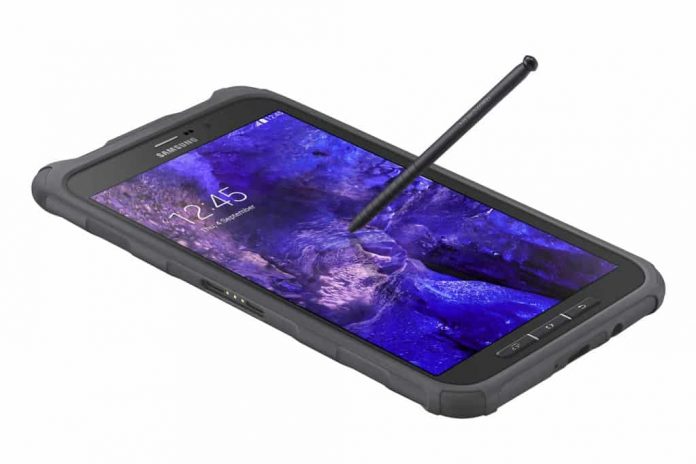 Samsung is hard at work at yet another tablet, this time a bigger version of the Galaxy Tab Active. Turns out that the newcomer will be a Samsung Galaxy Tab Active Pro with a 10.1 inch screen.

The original rugged slate was an 8 incher and it also played nicely with styli. Earlier this month Samsung filed some trademark applications for the name Galaxy Tab Active Pro all over the globe. Speculations said it could be related to the SM-T545 codename tossed around lately. Now there’s a third piece of info coming up. GalaxyClub claims that the newcomer bumps up the diagonal.

We can’t tell for sure if the SM-T545 is actually the Galaxy Tab Active Pro or not. That also comes at the same time as we get ready for the flagship Galaxy Tab S5 and also a potential new Galaxy Tab A. For the Active Pro we could see a Snapdragon 710 CPU and 4 GB of RAM, recently spotted in the benchmark associated with the SM-T545. Expect the device to have a well protected case, isolated from external bumps and impacts

It should take water dunking, dust, extreme heat, sand, salt and quite a few drops.