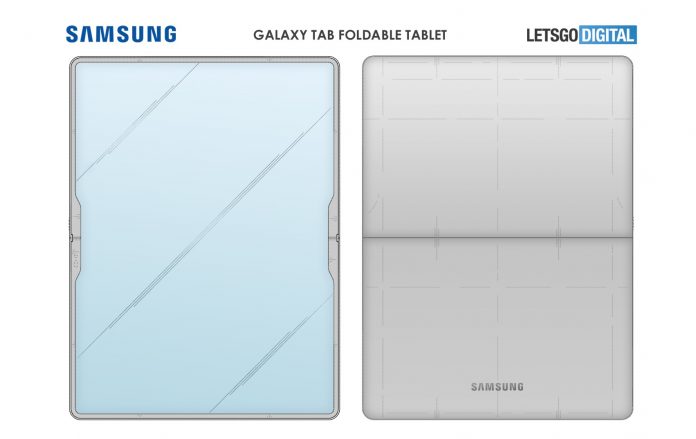 Samsung may have only launched 3 foldable phones till now, but they’ve also experimented with quite a few formats. They have a lot of patents in their vault and the latest one is showcased below. As usual, the lovely guys of Letsgodigital are on the case, uncovering both the patent and creating the renders. Meet the Galaxy Tab Foldable Tablet.

Samsung applied at the USPTO (United States Patent and Trademark Office) and had the patent granted on February 16th 2021. It fits in the category “Display Device”, with its description hinting at a Samsung device which belongs to the Galaxy Tab range, with a flexible display. Foldable screens have only been used in two formats on Samsung devices: clamshell and 8 inch foldable phone. Lenovo still has the monopoly on foldable tablets, more or less. If Samsung does make a foldable tablet, it’ll have beefy hinge areas, as shown in the patent/render. 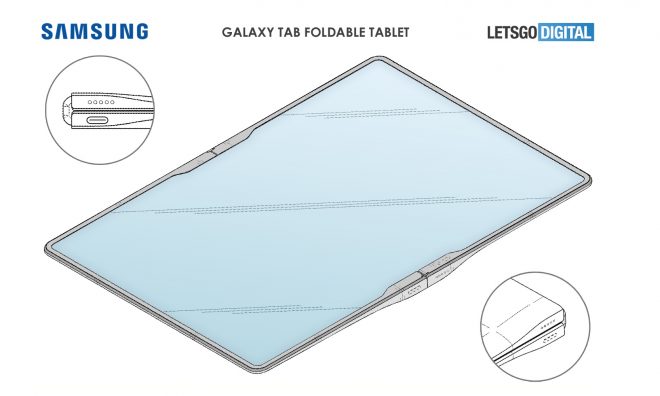 Bezels are minimal, but the center area is quite beefy. There’s no screen cover and the format is more of the in folding variety. The sensors, LED flash and selfie shooter is placed at the center of the panel (top side). We also notice a sort of recess/notch at the top and bottom. We can’t quite clearly see if there are back cameras here, but when turned to portrait mode, the device shows off speakers, a Type-C port for charging on the left and on the opposite side we find a Power button and extra speaker. 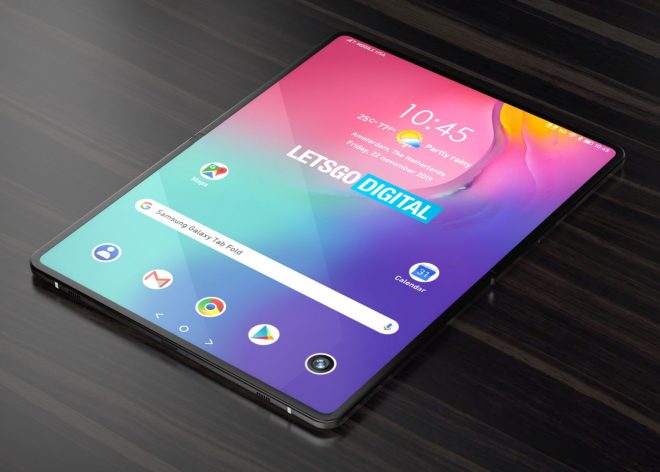 Of course, a patent usually stays in this form and rarely turns into a commercial product. Honestly, a rollable phone is most likely than this Galaxy Tab S Fold. Another source called @FronTron calls the device “The legendary Z Tab”, claims it has two hinges and the bottom part could turn it into a laptop. Whatever this device ends up looking like, it’ll surely be pricey. 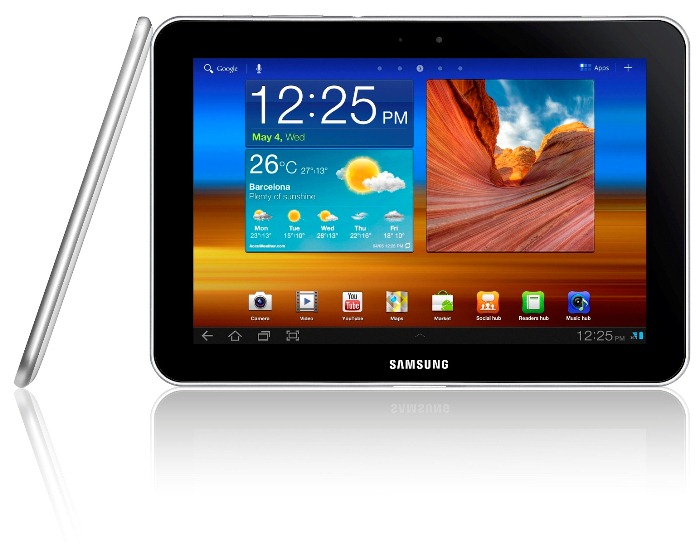