Samsung Galaxy Tab S4 debuted last month, even being announced before the Galaxy Note 9 and it came with quite a few surprises. For one it ditched the Home button, after years and years of this approach and it also got rid of the fingerprint scanner. We got it for an unboxing and what came out of that you can find out below.

Priced at around $650 online, the product is surely a sight to behold. Gone are the days of iPad copying and all tablets looking alike. This one does its own thing, sans Home button, with a glass back and a very rectangular format. That’s highlighted by the narrow bezels, which cause me to press some icons and items by mistake more than once. Anyways, this is an unboxing so let’s see what’s inside the box. 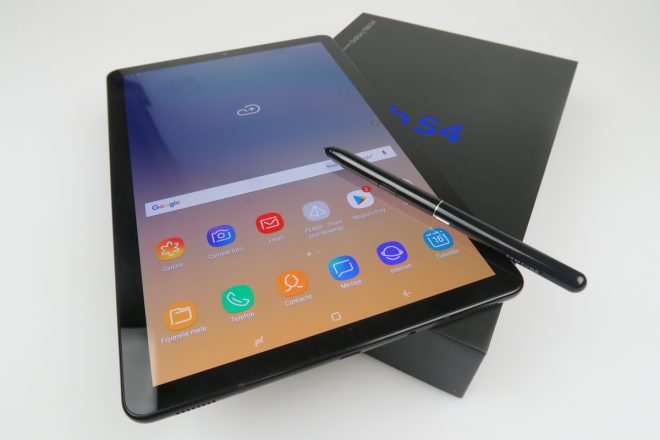 The device comes with a charger that promises Adaptive Charging, an USB Type-C cable, manual and SIM key, because we have the 4G LTE version by the way. It also has an S-Pen, an atypical one, that’s bigger and longer than usual, also beefier. There are accessories for this pen, like its own nibs and nib removal tool. The tablet is very classy with its abundance of glass, but it also feels a tad heavier than expected at 482 grams. 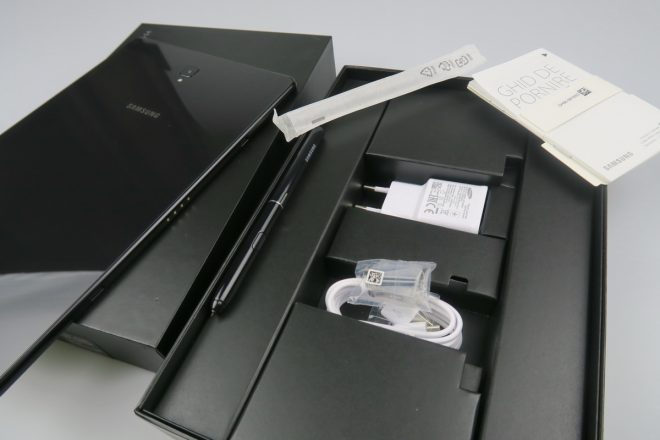 It measures 7.1 mm in thickness, reasonably slim no matter what your expectations were. There’s a 10.5 inch Super AMOLED screen upfront, that’s pretty bright and has a resolution of 2560 x 1600 pixels. Inside we find the 2017 CPU of choice for many flagship phones, the Snapdragon 835, accompanied by 4 GB of RAM and 64 GB or 256 GB of storage, as well as a microSD card slot. One of the key features, aside from productivity is the generous battery, a 7300 mAh unit that’s supposed to offer up to 16 hours of video playback. Also aiding with your playback are 4 speakers placed in the corners of the device, with Harman, AKG and Dolby acoustics. The new pen has 4096 levels of pressure and weighs 9.1 grams. It’s much more solid and comfy feeling than the regular S-Pen, I have to say. 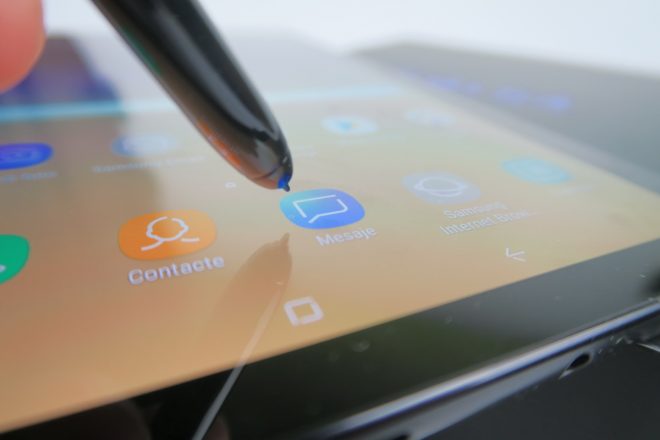 At the back of the tablet we find a 13 MP camera with LED flash for some reason, while upfront sits an 8 MP cam for selfies probably. Since we don’t have a Home button, we also don’t have a fingerprint scanner, which has been replaced by an iris scanner, well tucked upfront. The device runs on Android 8.0 Oreo with the Samsung UI on top and even some Bixby in the mix.

Samsung Galaxy Tab S4 tablet comes with DeX support, it can have a keyboard attached via the pogo pins and it has preinstalled Office apps. Yes, it can do some Office work, but it also handles games and music well, thanks to the screen and speakers. We’ll be back with a full review and in the meantime you can get the device here. 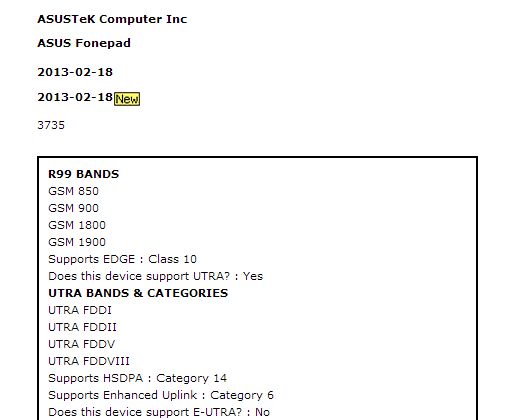