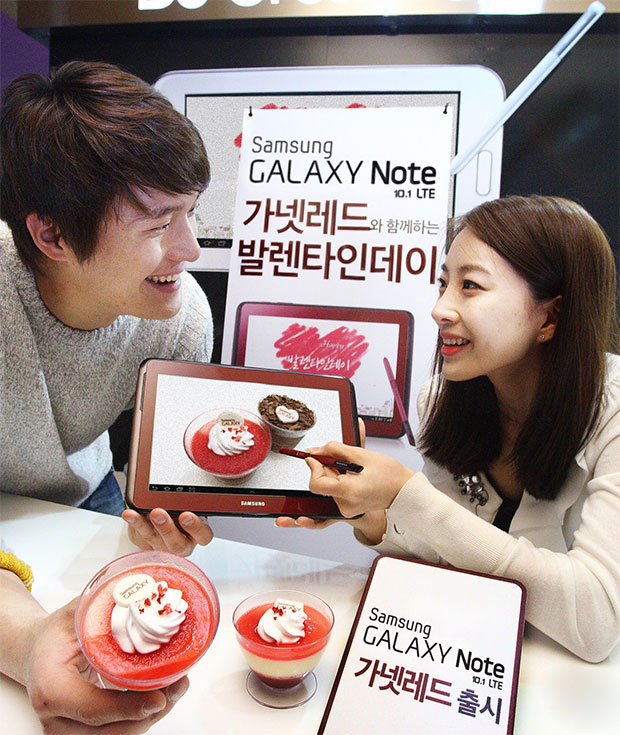 We wrote about the Samsung Galaxy Note 10.1 LTE availability right here two days ago, but what we didn’t see was that in the background of the device’s presentation there was a strong hint towards the Galaxy Note 8.0. The device is now all but launched, since it has been confirmed by a Samsung official, leaked in pics, packaging and specs.

We know everything there is to know about this stylus packing 8 inch slate, that is supposed to come at MWC 2013 next week. The device has rounded corners, much like the Nexus 10 and rumors say it will feature a 8 inch 1280 x 800 TFT Super Clear LCD display. It’s likely that the device will come in two versions: the Samsung GT-N5100, a 3G + WiFi model and the GT-N5110, a WiFi-only version. The slate’s dimensions will be 7.95 mm in thickness and 330 grams in weight.

It should also come with a 1.6 GHz quad core Exynos processor, a 4600 mAh battery, 2 GB of RAM, 16/32GB of storage and a 5 megapixel camera at the back, plus a 1.3 MP front camera. The new Galaxy Note will most likely run Android 4.2 Jelly Bean out of the box.