Yesterday Samsung leaked the specs of its Galaxy Tab 4 trio of slates, that included a 7 inch, 8 inch and 10 inch model and today we learn that all these products are coming to Barcelona. They will be showcased at MWC 2014, together with a potential Galaxy Gear 2 smartwatch.

The new tablets are more of a midrange offering compared to the Pro devices unveiled at CES 2014. What the 3 new Tab 4 units have in common is the quad core processor, that’s rumored to be an Exynos, since Samsung is said to do a big push of its Exynos CPUs this year. Also, know that all the tablets support 1280 x 800 pixel resolutions and all have 1.5 GB or 1 GB of RAM.

Some of them will even have LTE versions, with some slight specs modifications. The Galaxy Gear 2 will feature a new design and hopefully it will be work as a standalone device, without having to depend on a Galaxy Note or Galaxy S to function properly. We’ll learn more on February 24th, when Samsung has a bit Unpacked event. 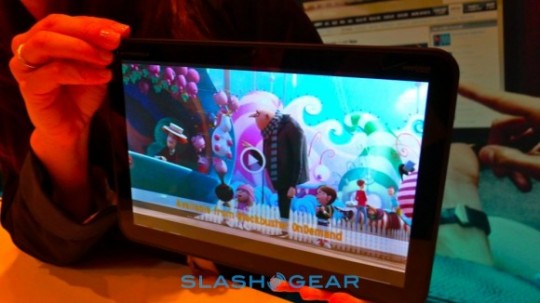