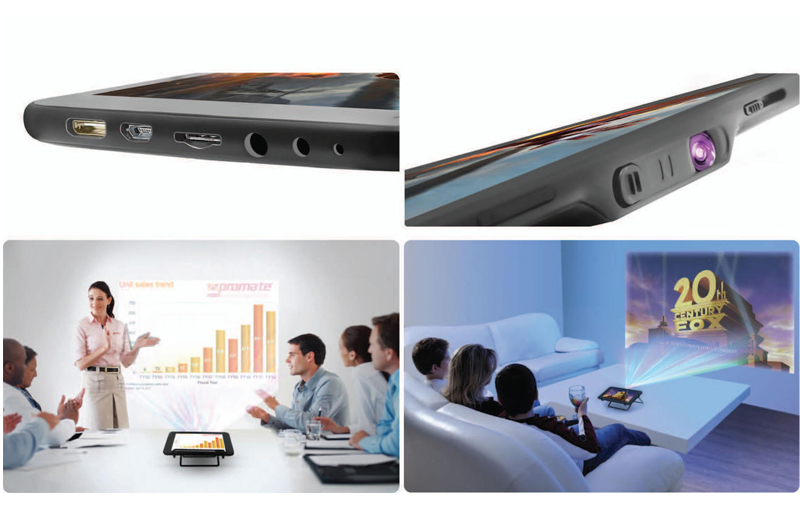 We have heard about the idea of a projector tablet before, but we haven’t seen such a model in real life up until now. Chinavasion is behind this project, that generated the tablet shown below, a device packing a projector into its body.

This is a 7 inch tablet with a 1024 x 600 pixel resolution, 5 point multitouch and an IPS panel. The project is of the DLP kind and the Vision brings WiFi in the mix, 2 cameras, 8 GB of storage and Android 4.2 as the OS. Supposedly this is a world’s first and I have to admit that the other projector slates I’ve seen had bigger diagonals. 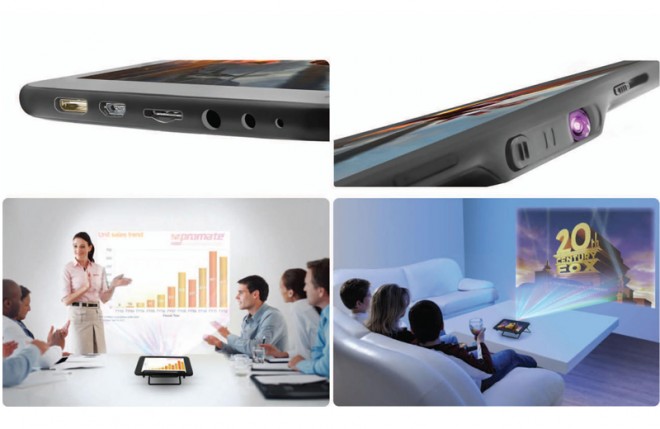