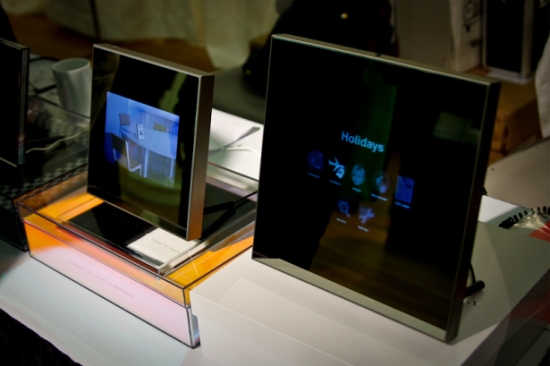 Parrot has just introduced a follow-up to the 2008 Specchio photo frame, the new version being dubbed Grande Specchio and getting pictured below. The device runs Android and measures 10.4 inches in diagonal and 26 x 26 cm in surface. Grande Specchio also doubles as a mirror when not in use.

The new product coming from Parrot goes for $650 and it’ll start selling next week. Grande Specchio is able to view images, stream Flickr content and also supports web browsing via built in software. This photo frame also uses a very interesting feature called “People”, that searches the web automatically for random people and creates a “never ending slide of faces of the world”.

You can also pick the “Holidays” option and have Parrot’s gizmo provide images of a place you selected on Google Maps, in order to decide where you’ll spend your next weekend. Picasa is also supported by the photo frame, as well as RSS feeds, USB connectivity, SD, WiFi and Bluetooth. The gadget’s memory is 200 MB and you can expect it to get many apps in the future. 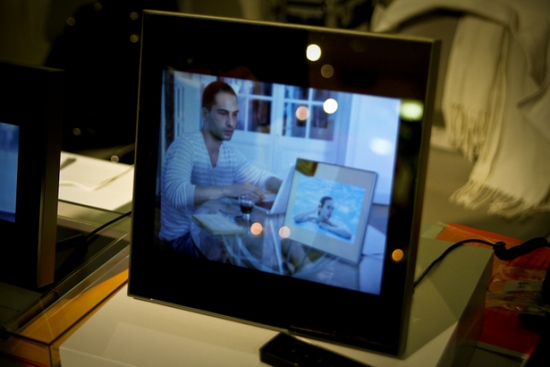 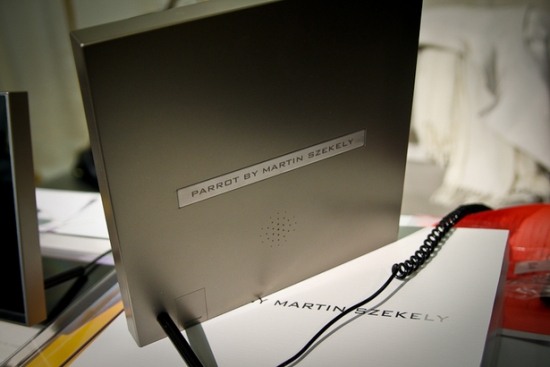