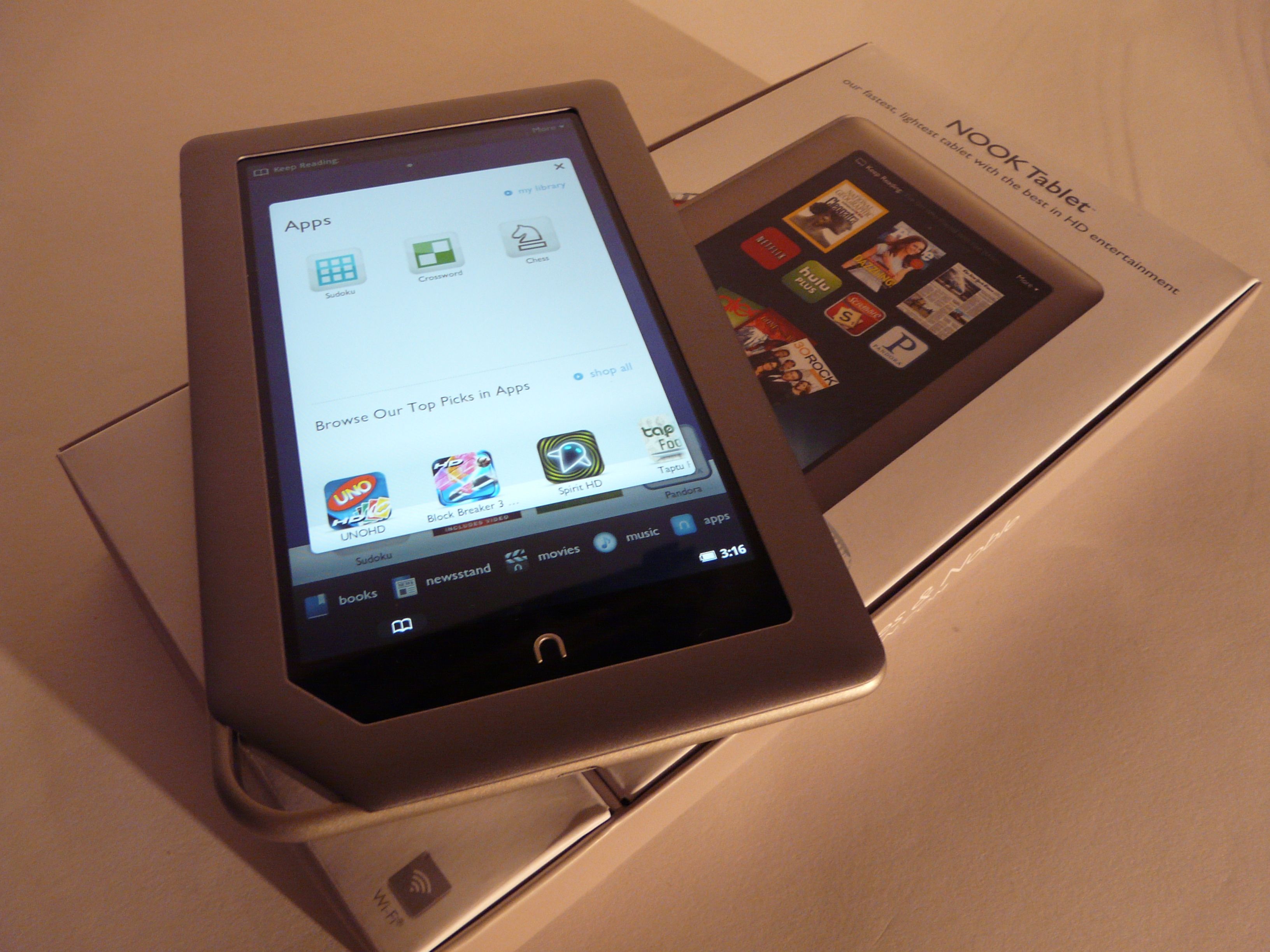 My general impression when reviewing the Nook Tablet earlier this year was that the device is a bit better than the Amazon Kindle Fire, in spite of the general opinion that the Amazon device was one of best 7 inch slates out there. This is a $200 product, at least in the 8 GB version and it was priced at $250 in the 16 GB version. 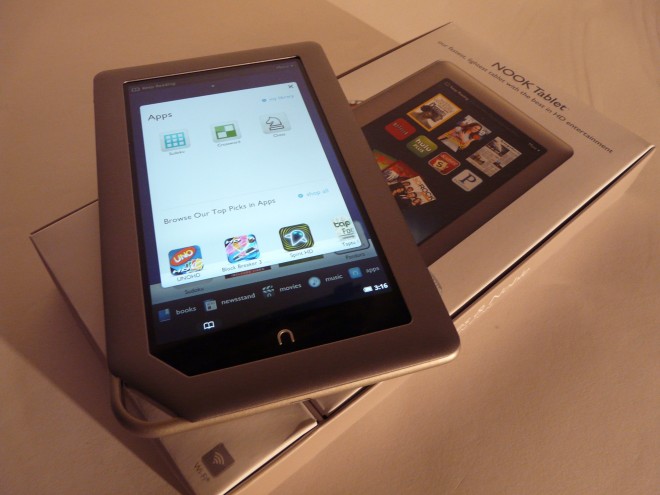 Nook Tablet measures 12 mm in thickness, weighs 399 grams and has no back camera, just like the Kindle Fire. What it does have as an extra is a microSD card slot and a pretty good battery. The battery on the Nook Tablet offers 11.5 hours of reading time and 9 hours of video playback with a single charge. The device has WiFi connectivity and a bright display with a 7 inch diagonal, supporting a 1024 x 600 pixel resolution. There’s also 1 GB of RAM on board and the screen relies on Vivid View technology and IPS panel with 169 ppi pixel density.

This model has a pretty similar design to the Nook Color and it comes with a soft touch back, that makes the long hours of holding the device in your hands nicer. The screen on the slate offers wide viewing angles, good contrast, a microUSB port and a 3.5 mm audio jack. Inside the tablet there’s a dual core 1 GHz TI OMAP 4 CPU, that makes the device work without flaw. The OS of choice is Android 2.3 Gingerbread in a customized version, that supports resizing icons and features no widgets at all. 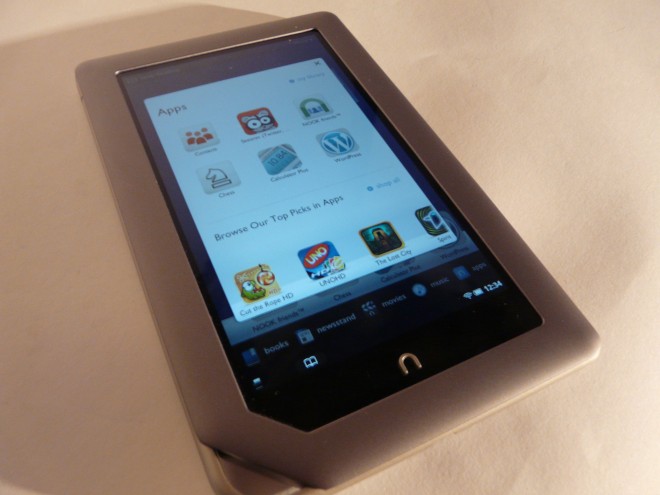 The virtual keyboard on the device is very comfortable and the web browser is certainly better than the Silk on Kindle Fire. You also get basic email features and 1080p playback for MP4 files, plus 2.5 million books, comics, magazines and services like Netflix and Pandora. Overall, as I said this is a superior device to the Kindle Fire slate and the Nook Tablet is certainly worth an 8.5 out of 10 from us. More details in the video review!

Samsung Galaxy Tab A 10.1 Reveals Itself in Almost Official Capacity