Since the “New iPad” is here (that’s the name of the third iPad), I thought it would be a good idea to see what’s actually so new about this device. A comparison with the iPad 2 and the OG Apple tablet is welcome and you can see it below. I have to mention, for those of you who don’t know, that about 3-4 hours ago Tim Cook and co introduced the new tablet in San Francisco, on the stage of the Yerba Buena Arts Center.

The big deal here is that the New iPad offers a 5MP camera with 1080p capture, LTE connectivity, a thicker case, a very good battery life and a brand new dual core CPU, the Apple A5X, with a great GPU and performances up to 4 times greater than the Tegra 3. The new tablet weighs 635 grams, upgrades the appealing apps of the iPad 2, stuff like Garage Band and iMovie, with the latter also including a trailer making function. iPhoto is also available now, with tons of options to play with and during the launch event we also saw Sketchbook in action on the slate.

And now we offer you a comparison table between the iPad, iPad 2 and… New iPad. Here it is: 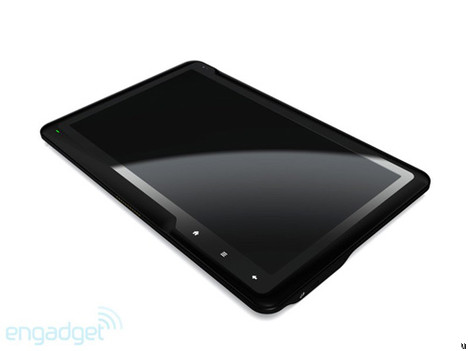