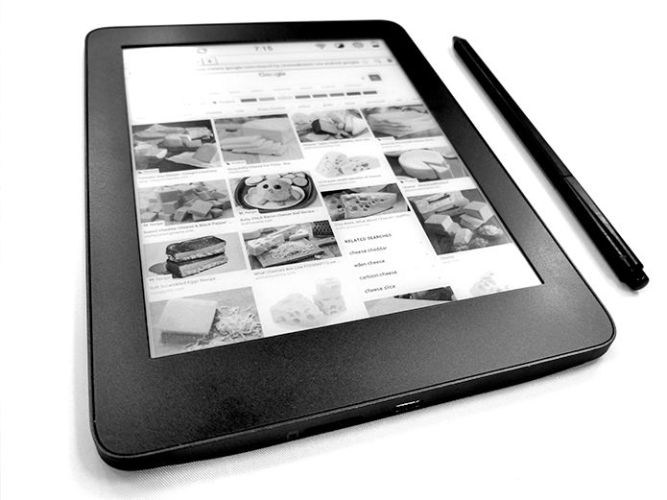 There’s a new E Ink tablet milling around, that just showed up on Indiegogo: MobiScribe. It supports handwritten notes and drawings, plus it comes with a stylus, at just $199. It supports both finger and pen input.

You can use fingers to flip pages, while reading eBooks and navigate the UI. You can also use a Wacom pen with support for up to 4096 levels of pressure, for drawing or writing. MobiScribe will retail for $339 and it’ll ship in February. Early birds get it at $199 on an Indiegogo campaign. The price includes the MobiScribe, pen and cover, but the offer only lasts for 150 backers.

Specs are pretty modest, including an i.MX6 ARM Cortex-A9 processor and a mere 512 MB of RAM. There’s also good old Android 4.4 in the mix, so that’s not flattering. MobiScribe is a new brand, we haven’t heard of before, so we’re rather cautious with it. The product comes from a company called TeamUC, which has listed an eReader with similar specs, but different looks.

Beijing Gorld 600 TW E-Reader is Also a Cellphone, Made in...