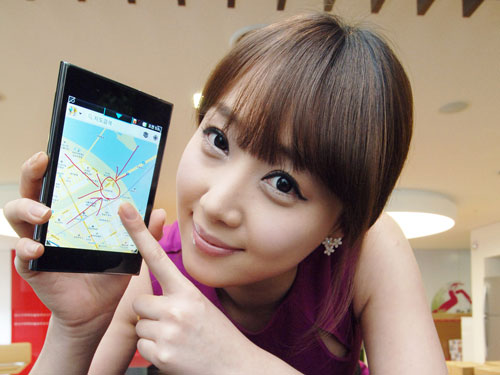 Although LG announced the Vu phablet as early as February this year, it’s only now that we get a global launch of the device. We’re dealing with a 5 inch phablet here, a very squared model, that set the tone for all the handsets that LG unveiled afterwards. The product had a successful debut in Korea and Japan and now it hits the rest of the world, including Europe, Asia, Middle East/Africa and Latin America.

This is the world’s first 5 inch 4:3 aspect ratio device, blurring the line between standard tablets and smartphones. This model took off in Korea back in March and it sold over 500,000 units, showing that the public is ready to embrace this unique form factor. Since it was so well received in Korea, the product was launched with much fanfare in Japan this month, where it was also received well. In the global version of the device, it will come with the quad core Nvidia Tegra 3 CPU, setting it up to compete with the likes of Galaxy Note II, that should come at the end of the month, with a quad core CPU as well.

Optimus Vu has an upgraded version of QuickMemo and Notebook, two features that use the large display available. It will run Android 4.0 ICS, run on 3G networks and support a 768 x 1024 pixel resolution. It also offers 32 GB of storage, an 8 megapixel camera at the back, 1.3 megapixel camera at the front and a 8.5 mm thick chassis.