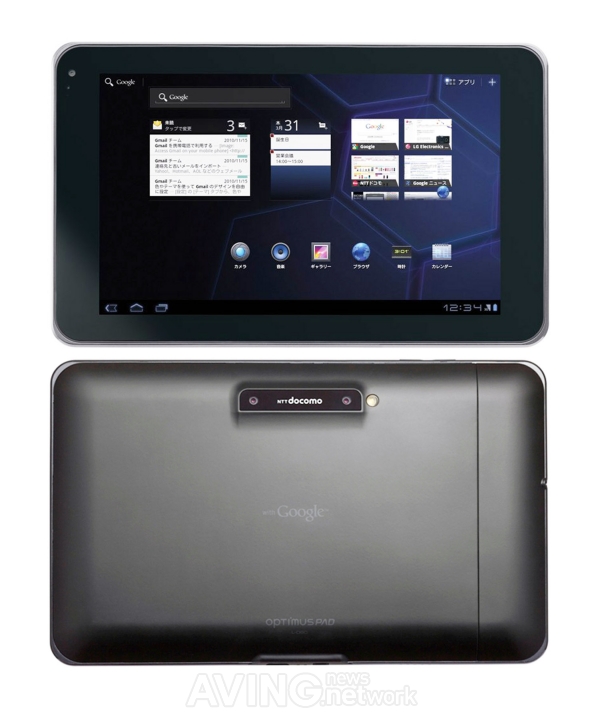 LG Electronics has just announced that pre-orders for the LG Optimus Pad slate will begin on March 15th and this only applies to the Japanese version of the product (model L-06C). The device will be available on NTT DoCoMo, a major mobile operator in Japan. We remind you that this is one of the gadgets we caught on camera in Barcelona, at MWC 2011, illustrating its 3D abilities.

The Japanese version of the slate comes pre-loaded with custom made local applications, like BeeTV, especially for DoCoMo clients. There’s also a 2Dfacto software on board, providing access to e-books and comics available on the 8.9 inch tablet. This is a Honeycomb slate with a 1GHz Tegra 2 dual core processor under the hood and support for 1280 x 768.

At the back of the device you’ll find two dual 5MP cameras, able to do 3D capture and full HD 1089p recording. HDMI transfer is also available and now let’s hear some prices.