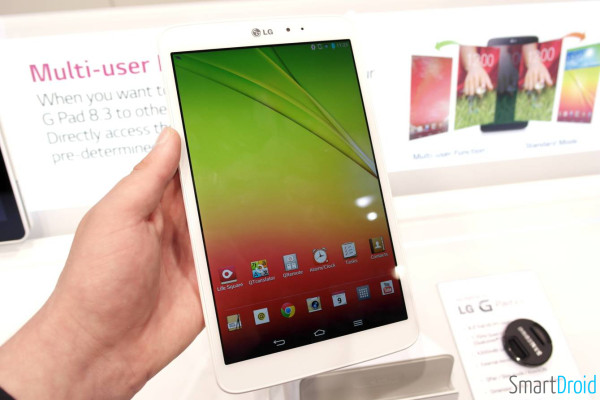 IFA 2013 brought us a new tablet in the tech landscape, the model LG G Pad 8.3. This is a 8.3 inch slate from LG, the first tablet in 2 years for the South Korean company. Today we learn a potential price tag for the newcomer for the first time.

We heard about 399 euros from the source mentioned below and I have to say this price tag is not bad at all. This device brings both a Full HD tablet and a Snapdragon 600 CPU, both attributes that make it a very solid rival for the Nexus 7 2013. LG G Pad 8.3 has an aluminum back and the product is already on preorder for 399 euros, probably only in Germany for now.

Many people who have handled and seen the tablet claim that it’s even better looking than the iPad Mini. Right now, the LG G Pad 8.3 may just be the hottest tablet to buy, if you want Android. Only Amazon’s new slate can change the game, but they’re not pure Android in the end… What will you choose?

Thanks Denny Fischer for the tip!