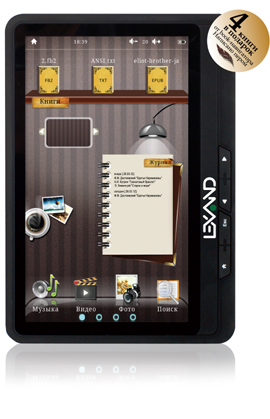 The company Lexand announced yesterday two new models of touch color e-readers, the LT-127 and LT-227, pictured below. These devices are able to play music and videos, not only provide you with books and great e-reading experience. Lexand LT-227 has a multimedia card reader and runs Android, so there are tons of apps to have fun with on it.

Both new models have 7 inch displays, color touch LCDs with 800 x 480 pixel resolutions. The Lexand LT-127 is based on a RockChip RK2738 processor with a frequency of 560 MHz and as software is does Linux. It can play video in HD, show electronic documents, display photos in color and play music. The LT-127 also has a dictionary, calculator and games. As far as the other model is concerned, the Lexand LT-227 runs Android 2.2, supports all famous Google services and has some preinstalled apps such as the Yandex and Mail.ru services, plus the antivirus Dr. Web. 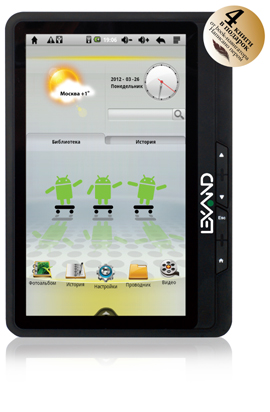 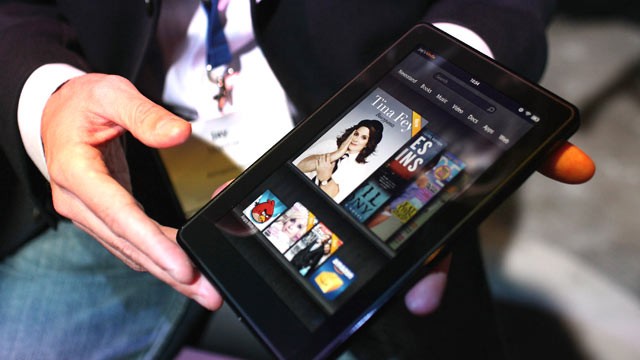