We’ve heard multiple times that Lenovo was preparing something to release in the near future, from the tablet segment. There have been teasers about the Xiaoxin Pad Pro model and a Lenovo Tab M10 5G, but now there’s a confirmation about a Lenovo Yoga Pad Pro. The device is slated to debut on May 24th and below you can learn more about it.

Lenovo also teased the Yoga Pad Pro 13 last week and now it’s back with more. The debut from May 24th happens in China and the source confirms that the Pad Pro will have a quad speaker setup with Dolby Atmos housed in a tubular kickstand. The newcomer will provide a 13 inch display with a 1440p resolution, 120 Hz refresh rate and Dolby Vision. It all sounds like a media tablet, meant to consume video and audio on it. The screen also supports 4096 levels of pressure, so it’s great for sketch taking and note taking. 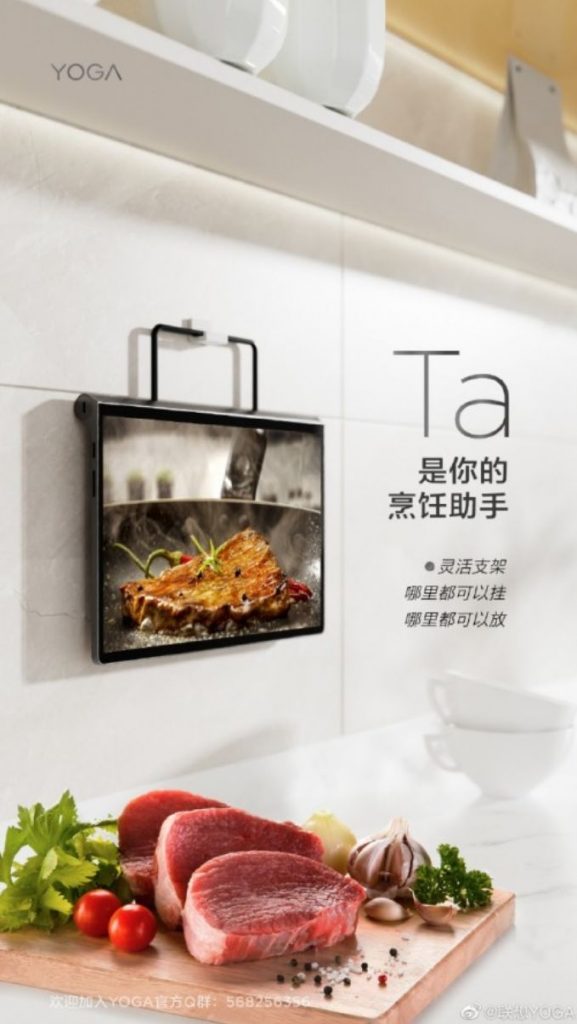 Speculations also say we’re supposed to expect a Snapdragon 870 processor inside. The tablet will have HDMI connectivity, meaning it could be used as a portable display. Its elongated kickstand also comes with a hanger, meaning you can hang it on various surfaces. Those are all traits common to the Lenovo Yoga series. We’re also expected to get two USB0C ports, one for charging and another one for peripherals.