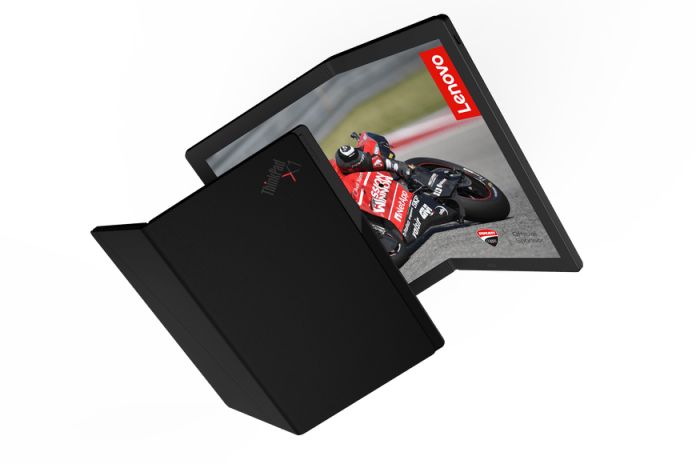 Lenovo has been toying with the idea of a foldable for years now, as they showed a bracelet that became a phone and tablet a few years ago. We haven’t heard anything since and now they come up with the Lenovo ThinkPad X1 prototype, a foldable unit, that’s supposed to go against the Galaxy Fold’s successors and the Huawei Mate X, or maybe do something different.

During Lenovo’s Accelerate Conference, the company announced that it was going to release its own foldable personal computer. To be honest, Lenovo always had versatile products, able to rotate around an axis, change formats on the go and more. It was only a matter of time till we got an actual foldable screen laptop. The company now claims it has come up with the device that’s not a phone, tablet or hybrid. Instead it’s a fully fledged laptop with a foldable screen. 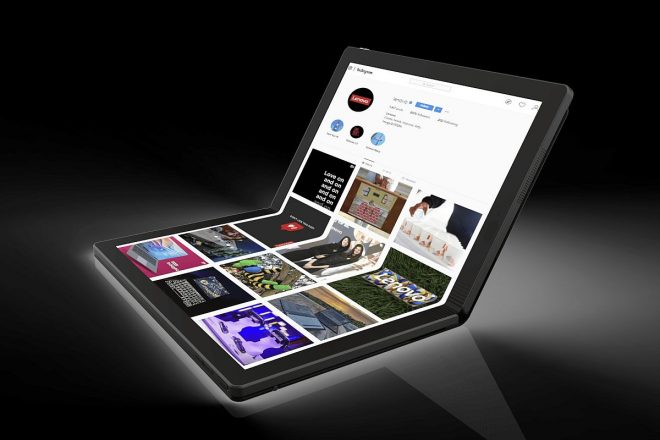 You can fold it up like a book, unfolded and prop it up like a stand in the kitchen for recipes, or turn it into a clamshell for email reading. Multi monitor setups are mentioned as well, plus hooking up to mechanical keyboards, while setting up the stand mode. The opened version is also promoted as ideal for video watching.

Then when it’s time to unwind, you can fold the device in half and read a book. Basically Lenovo replaced the hinge with a continuation of the main screen to the keyboard part of the laptop. The components are similar to other ThinkPads and the foldable screen comes from LG Display. We’ve heard it’s a 13.3 inch screen Quad HD OLED screen, that goes down to 9.6 inches when folded.

The foldable prototype of the ThinkPad X1 also has an IR camera, 2 USB ports, stereo speakers, a pen with Wacom tech and a Bluetooth keyboard. “All day battery life” is also promised. Lenovo is still perfecting it.