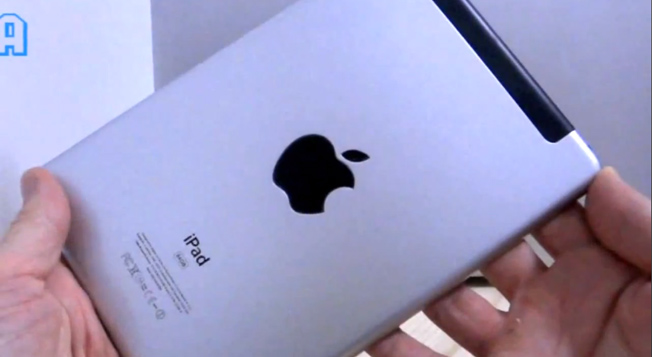 We’ve covered the latest rumors stating that the iPad Mini has entered mass production. The new device will apparently be built by Pegatron with the usual manufacturer – Foxconn – helping with the mass production. The latest rumors come from Giz-China.com has obtained a mock-up of the iPad Mini and compared it to a full-sized iPad in a hands-on video.

Though Apple did not reveal the rumored iPad Mini during their iPhone 5 launch event, it is expected they will do so in a special event next month. Alleged pictures showing the new device have leaked on the web a couple of times, complete with full-scale mock-ups of the much anticipated Apple tablet. Giz-China.com got their hands on a very well built mock-up and took the opportunity to compare it from all sides with the current gen iPad and even with the iPhone a bit.

Apple didn’t manage to keep their secrets regarding their new devices for this year. This statement has been proved with the event that took place a few days ago at the launch of the iPhone 5. All the rumors state that the iPad Mini will be announced in October, durring a special event. Till then, let’s enjoy the mock-up video bellow: