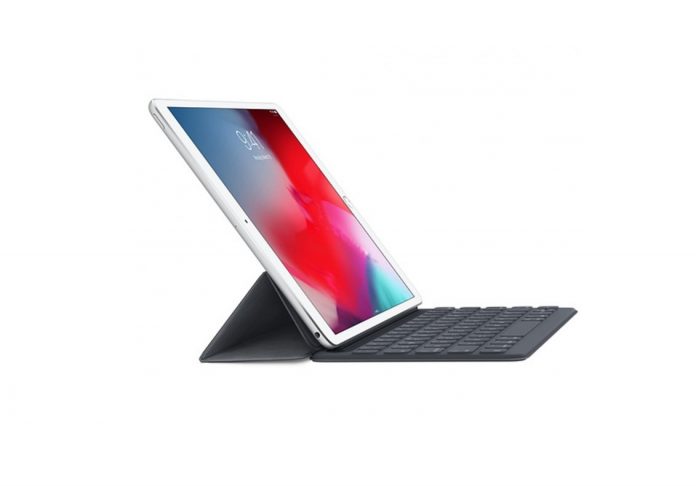 It would appear that Apple is preparing a brand new iPad Air this year, the so called iPad Air 4 and today we learn it may come with a nifty accessory. It’s the Magic Keyboard, that already got so much love with the iPad Pro 2020 models.

Earlier in June we learned that the iPad Air 4 was bound to come with an 11 inchj screen and USB-C port. It was a legit source saying that, Japanese blog Macotakara. Twitter account @L0vetodream has a solid reputation and now claims that the iPad Air 4 is about to get a Magic Keyboard. Well actually, the source said that “in my dream Magic keyboard not only for the iPad Pro”. One could even expect a Magic Keyboard for all other iPads, going from the entry level ones to the iPad Mini.

Right now, the Magic Keyboard is only available in two sizes: one for the 11 inch model and one for the 12.9 inch iPad Pro (3rd gen and 4th gen). It has received raving reviews so far and finally puts the iPad on the map as a legit laptop killer. The keys travel just as well as on the latest MacBook Pro and MacBook Air. Keys are also backlit, another plus. The whole “Air” branding means we’re bound to get a very slim, light, compact and narrow bezel device.

It should have a high midrange combo of CPU and RAM, let’s say Apple A12 series or A13 series, plus 4 or 6 GB of RAM. I suppose we won’t get a LiDAR camera on it and also the stylus seems optional. Right now the iPad comes in 10.2 inches of diagonal and iPad Air comes with a 10.5 inch screen, at $329 and $499 respectively.