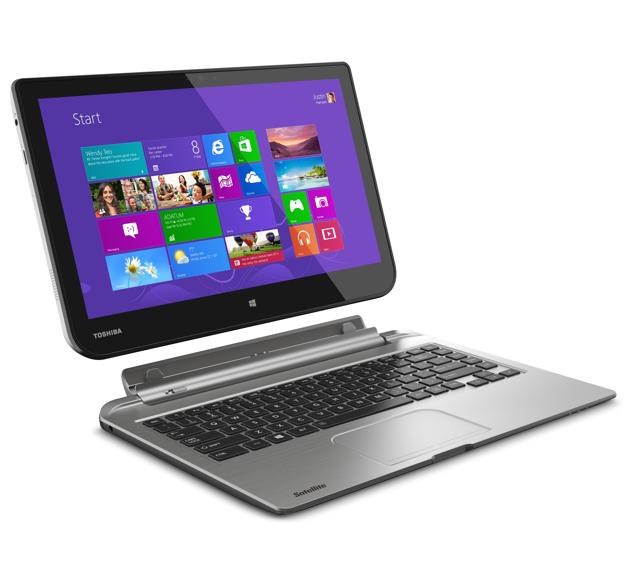 Toshiba launched a laptop/tablet hybrid today at IFA 2013, dubbed Toshiba Satellite Click. This device runs Windows 8.1 on top of an AMD platform and it packs a 13.3 inch IPS touchscreen. The Click relies on a low power AMD A4 (Temash) processor, Radeon 8000 graphics and a 500 GB hard drive.

It also has 4 GB of RAM, dual batteries and its design may remind you a bit of the HP Envy x2. There’s no fan included here, according to Toshiba, so there will only be silence when using the product. The Click has a removable tablet part, that integrates a webcam, microUSB 2.0 port, a HDMI port and a microSD card slot.

The keyboard part features an extra battery, a full USB 3.0 port and sleep charging capabilities. The hinge is able to open up to 125 degrees in laptop mode and Toshiba promised to start selling the product this month, exclusively on Best Buy at first. Toshiba Satellite Click will be priced at about $599, so it’s actually $150 cheaper than the HP Split x2, which you can compare it to. 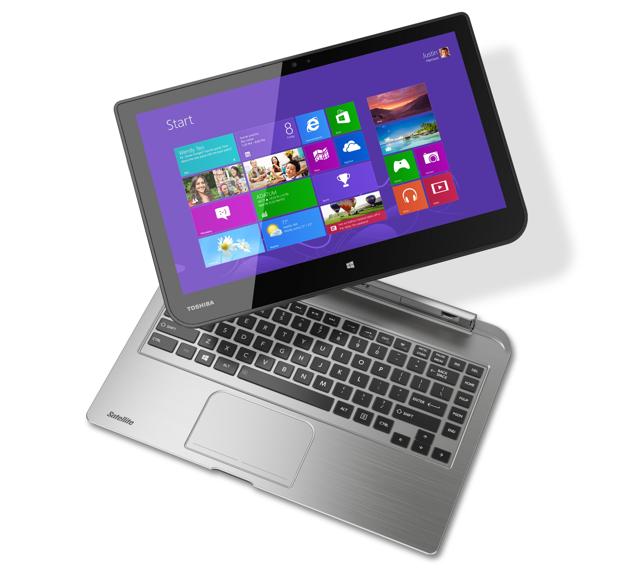 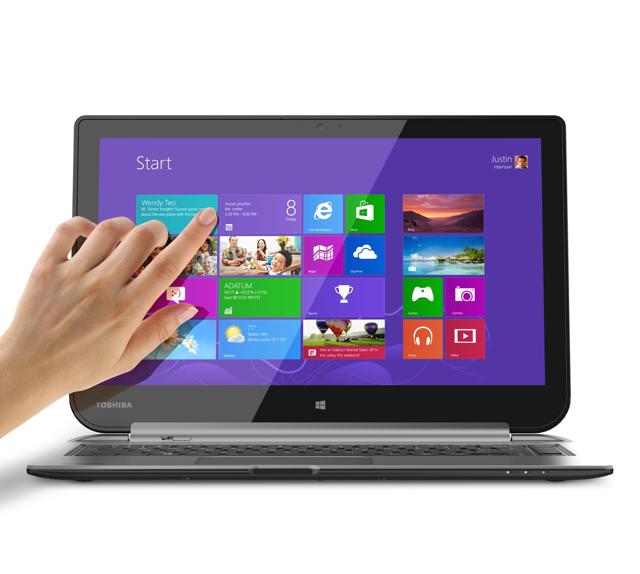